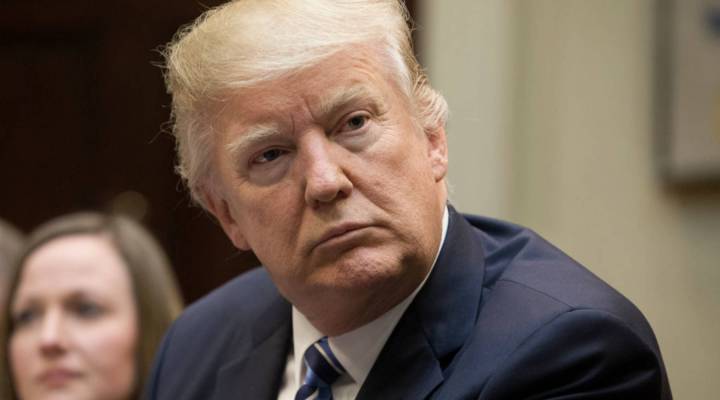 COPY
President Donald Trump attends a meeting on health care in the Roosevelt Room of the White House on Monday in Washington, D.C.  Michael Reynolds-Pool/Getty Images

President Donald Trump has not released his taxes like his predecessors, but a tiny window is now open to the public. Longtime tax journalist David Cay Johnston got a hold of two pages from his 2005 tax return — which he says were sent to him through the U.S. Postal Service — and talked about them on MSNBC’s “The Rachel Maddow Show” Tuesday night.

They show that he earned $153 million that year and paid $36.5 million in income taxes. But what else can we learn from these documents?

It’s first important to note that there are limitations: They don’t show us details about his sources of income or expenditures like charity. But they do reveal Trump did pay some taxes in 2005 — previous tax-return leaks indicated he could have written off hundreds of millions of dollars in tax bills over time.

We also learn that he, like many, took advantage of tax loopholes, writing off more than a hundred million dollars in business losses to lower his taxable income. That landed him at a tax rate of about 25 percent.

One reason Trump ended up paying as much as he did in taxes in 2005 is because of the alternative minimum tax, which targets the wealthy to make sure they don’t get to write off too much and pay very little. During his campaign, Trump said he wanted to eliminate this specific tax.

The president and vice president are, under current law, subjected to mandatory audits by the IRS. Trump has used the excuse of audits for not releasing earlier returns, even though an audit doesn’t actually prevent anyone from doing so.