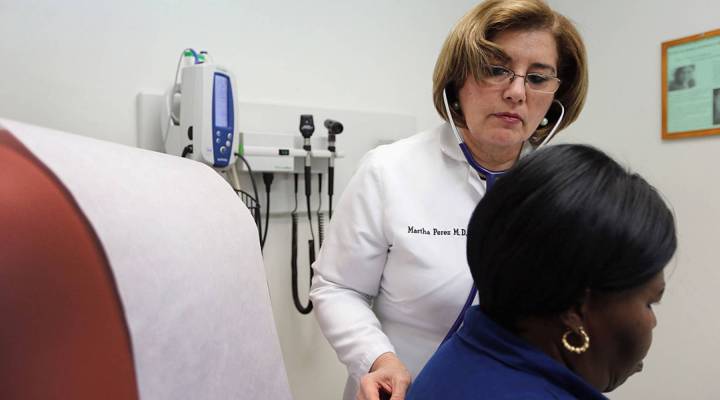 Nearly 24 million people will lose their health insurance coverage under the House GOP plan to replace Obamacare, the Congressional Budget Office has estimated. Republicans have defended the plan, with House Speaker Paul Ryan arguing that it’s about “giving people more choices and better access to a plan they want and can afford.” So who exactly would benefit from this reform?

The government, for one. The plan would drop health care costs dramatically, mainly through the reduction of both Medicaid spending and tax credits. And it would shave $337 billion off the budget deficit.

On an individual level — depending on where you live — wealthier, younger Americans would probably see lower premiums.

The Republican plan also cuts about $600 billion in taxes on businesses, investment income and indoor tanning, and ends the penalty for not purchasing health care.

However, while average premiums would start to drop after 2020, they could go up between 15 and 20 percent in the short term, according to the CBO. Older Americans might pay more on their premiums, since this bill would allow insurers to charge a wider range of premiums as people get older.

Lower-income Americans may also see higher costs, because under the current law, their premiums are offset by tax credits based on income. This bill offers less generous credits.

Under Obamacare, people who don’t have kids and earn about $16,000 a year are eligible for the program, and the federal government pays almost all of the tab. About 11 million people are insured because of that.

That funding falls off a cliff starting in 2020, based on the bill. And if that money goes, so will some its enrollment numbers. Additionally, the GOP plan would cap how much money it sends to states for Medicaid.

The CBO projects expenses will grow faster than what the federal government will cover, so states may have to make some pretty hard choices, like cutting services.

The office also says that by 2026, “Medicaid spending would be about 25 percent less” than under current law, which should please conservatives. Many of them have long wanted to cut the this program.