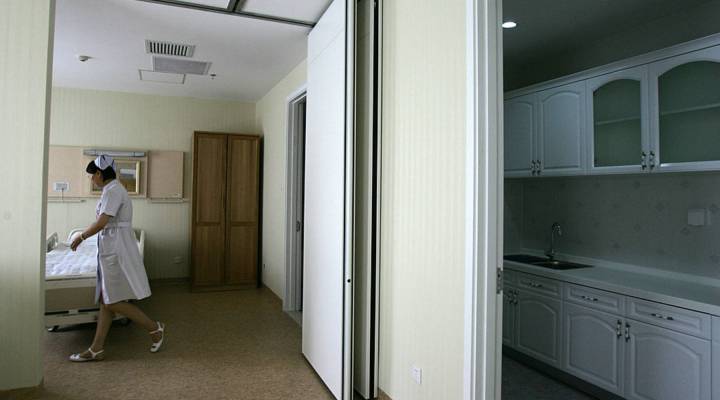 The Republican plan – or the American Health Care Act – radically reconfigures Medicaid by cutting federal funding by $880 billion over 10 years, according to recently released figures from the Congressional Budget Office. That could mean a loss of services for millions of people, including one in 10 million Americans with disabilities on the program.

The proposed cuts have many disability advocates concerned. That includes Fern and Brad Pivar, whose 32-year-old son Scott has Fragile X syndrome, a genetic disorder that means he’s non-verbal, has autistic tendencies and the cognitive capacity of a kindergartner.

The family lives in a farmhouse in upstate New York, just outside Albany. During the week, Scott spends 4.5 hours at a day program where he works on social and daily living skills. Some days he stocks shelves at a local food pantry, others he practices manners at the food court in the mall.

These services, and others like physical and speech therapy, aren’t required under Medicaid, although states have the option to offer them. If Congress passes this Obamacare repeal package and states lose hundreds of billions of dollars, Brad Pivar said optional services could be the first to go.

“Our guys, and our son, learn much slower than most people,” he said. “We still see Scott change. We still see him grow. There are things that he can do today that he wasn’t doing five years ago.”

The Pivar’s have seen what happens when services go away. A couple of years ago, New York’s Medicaid program cut physical and occupational therapy for Scott, setting back his efforts to walk up and down stairs safely and get himself dressed.

Scott’s development is just one benefit the family gets from the services, though.

“Scott to go to program allows me to go to work,” Fern Pivar said. “If Scott is home from the program, I can’t do the other things that need to get done to support a family.”

Hiring someone to make up those day program hours, said Fern, would cost more than she earns. Plus, her part-time job is the family’s ticket to health insurance.

Right now, disabled Americans like Scott make up about 15 percent of Medicaid enrollment, and 42 percent of spending.

That spending is already a big target for states, which have been cutting costs by creating wait lists. More than half a million people with disabilities were waitlisted for services in 2015, according to the Kaiser Family Foundation.

“I am scared as to what his life will be, that he’s going to be alone and put away somewhere and no one is going to take care of him,” she said as her voice dropped to a whisper. “You are trusting someone else to take care of the most important thing in the world. And it’s not going to be there.”