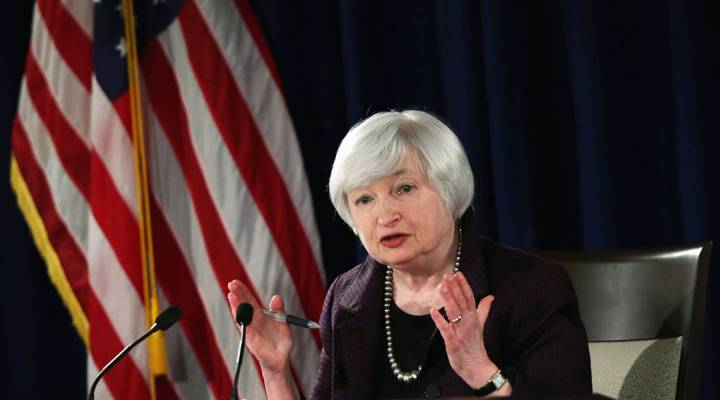 The first jobs report fully under the Trump administration is out, and the employment numbers are better than expected, giving the Federal Reserve further motivation to raise rates at its March meeting.

The U.S. economy added 235,000 jobs in February, with the unemployment rate falling to 4.7 percent.

“So when we talk about the decline in the unemployment rate, finally, this was a drop for the right reasons,” Piegza said. “Meaning we were putting more Americans back to work as opposed to losing Americans looking for gainful employment.”

So how much of that can be credited to President Donald Trump?

“I think if you continue to see gains like that over the next few months, then maybe we can attribute it to Trump at the moment,” argued Chris Low, the chief economist for FTN Financial. “I think it’s a little early for that.”

February’s uptick suggests the wage growth numbers in the January jobs report “may have only been a temporary setback,” Piegza said. “Now we’re still not talking about robust wages; we’re not up over 3 percent by any means, but it is a step in the right direction.”

Those are figures the Fed should be fine with, Low said.

“That’s the kind of wage inflation that’s well within the safe zone in terms of price inflation,” he noted. “So again, consistent with their vision of sustained growth going forward.”

However, Low argued that despite solid back-to-back increases in January and February, this isn’t “runaway growth.”