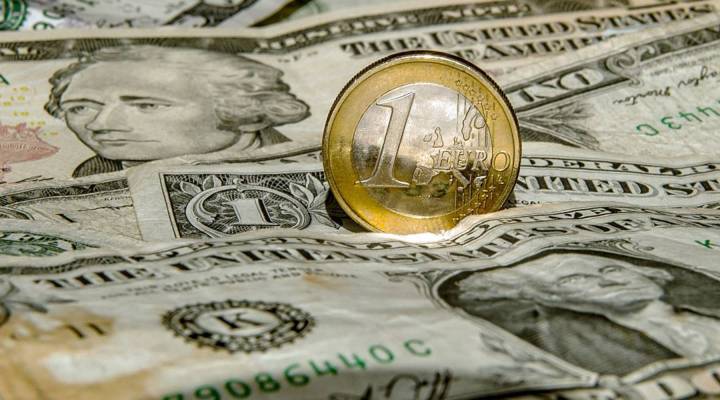 President Donald Trump’s chief trade adviser, Peter Navarro, recently accused the German government of gaining an unfair trade advantage over American businesses because its currency, the euro, is “grossly undervalued.” He also argued that the government in Berlin was using its dominant position in the currency union to unfairly exploit its European partners. Though many Europeans have voiced strong objections to the new U.S. administration, this is one pronouncement that they might actually agree with.

“You can certainly blame the Germans for exploiting the weakness of the euro to run up huge trade surpluses with the rest of Europe and the U.S.,” said Roger Bootle, head of Capital Economics, an independent British research consultancy. “Germany is running a current account surplus of getting on for 9 percent of GDP. This surplus is, in absolute terms, bigger than the Chinese surplus. And that just increases the deficits elsewhere,” he said, adding that the imbalances in the currency union have brought “misery to southern Europe, an economic disaster in Greece.”

Priced in euros, Germany’s products are much cheaper than they would otherwise have been, and while that has turned the country into a champion exporter, it has, in the view of many British economists, helped plunge its poorer, less-competitive European partners into debt and deficit.

Many Germans, however, bridle at the suggestion that they are to blame for the problems in the eurozone or for the weakness of the euro.

“The strength of the currency is not set by the Germans. It is set by the European Central Bank, and the president, the last time I looked, was an Italian,” said German commentator Heinz Schulte. He blames the weakness of the euro on the European Central Bank for printing money, buying government bonds and driving down interest rates, which he said “are definitely not German policies.”

But many British economists take the government in Berlin to task for not redressing the trade imbalances by stimulating demand in its domestic economy. That at least might encourage Germans to import more products from their European neighbors and from the U.S., and to reduce the German trade surplus. Steve Davies of the Institute of Economic Affairs called on the Germans to “shift the balance of their economy away from very heavy reliance on exports to much greater reliance on domestic consumption.”

Davies said the survival of the euro, not to mention transatlantic relations, could depend upon it.