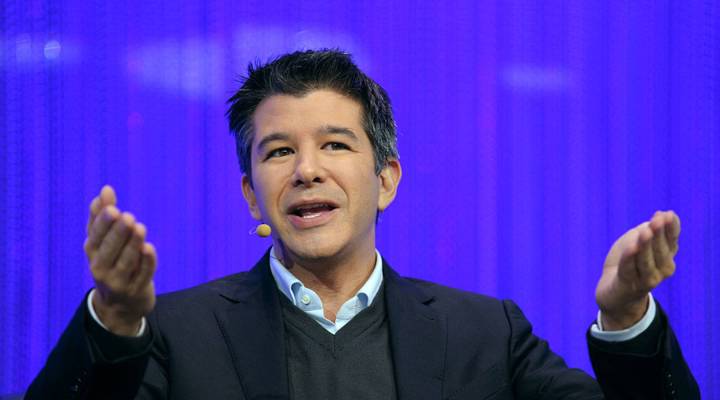 An unflattering video of Uber CEO Travis Kalanick is making the rounds on the internet. The video, which was originally published by Bloomberg, shows Kalanick in a heated argument with an Uber driver. With recent allegations of wider misconduct at the company, this latest scandal is bad timing for the ride-sharing company. Marketplace host Kai Ryssdal talked with Marketplace’s senior tech correspondent Molly Wood about the video. The following is an edited transcript of their conversation.

Kai Ryssdal: All right, so remind us what happened here with this video.

Molly Wood: So this is a video that was taped on Super Bowl Sunday inside an Uber car. It is the Uber driver, who apparently has been driving for the company for a long time, getting into an argument with CEO Travis Kalanick. It starts out as a fairly reasonable conversation with the driver saying “Look, you’ve really changed the fare structure, and I take home a lot less money.” And we’re going to play a little bit of tape from the video. It’s a little hard to make out, and there are some cursing that we’re going to bleep. But he is basically, he has blown his stack.

Driver: You keep changing every day.

Kalanick: Hold on a second. What have I changed about [Uber] Black?

Driver: You changed the whole business! You dropped the prices.

Kalanick: You know what? Some people don’t like take responsibility for their own shit. They blame everything in their life on somebody else.

Ryssdal: So that got a little testy right? And it’s the CEO of the company with an employee or a pseudo employee I suppose, and it’s not the first time that Travis Kalanick has been, um, well his reputation has sort of gotten him in trouble.

Wood: Absolutely. We’ve seen Travis sort of try to address issues at Uber in various ways, but it’s all coming to a head right now. There have obviously been allegations of sexual harassment and discrimination at the company in addition to allegations of really extreme professional dysfunction. You had two investors recently write an open letter, and this never happens. You really never see investors openly criticize the companies that they’re a part of, that they’re invested in. But they wrote an open letter saying the company has a culture that’s plagued with disrespect, and cliques, and lack of diversity, and tolerance for bullying and harassment. Now you have Travis Kalanick taking this step of apologizing for his behavior in that car but also saying, “I am, I’m going to try to get help with my leadership.”

Ryssdal: Yeah. He says, “This is the first time I’ve been willing to admit that I need leadership help.” What do you suppose that means?

Wood: You could argue it should maybe refer to anger management, but it probably means coaching. What often happens with founders of companies like this right is that they have an idea for a company, they have lots of ideas for how to grow it, but they don’t get training. They don’t get sensitivity training. Look, I have an uncle who became the CEO of a bank, and when he was being elevated to that position, he went through all kinds of sensitivity training in actual management technique training. I’m not sure the extent to which that has occurred for Travis Kalanick or a lot of the founders of what are now very large companies and no longer startups. But they take it all so personally. Again, I’m not sure that Travis has earned a ton of the benefit of the doubt. But what does happen is that people who are so personally invested and whose personal brands are so inextricably linked with their companies is they take it really personally. And they have a hard time detaching, and some of that inability to detach means the company can’t run very well.

Ryssdal: Molly Wood. She’s our senior tech correspondent talking about Uber and its continuing issues, I guess. Molly, thanks a lot.