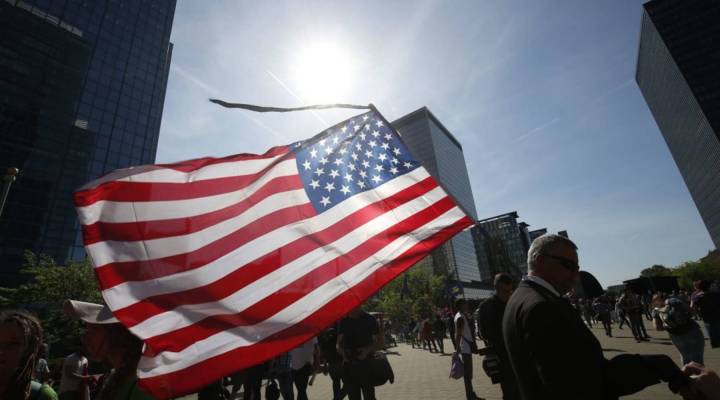 President Trump has said in speeches since he was elected and on the campaign trail, as well as on the White House’s website, that his economic policies will deliver faster growth than under the Obama Administration. He and other top economic officials have predicted growth of 3 percent, 4 percent, or even higher.

It has been a very long time since the U.S. economy delivered sustained gross domestic product, or GDP,  growth at those levels. Real GDP (adjusted for inflation) grew by 1.6 percent in 2016, according to the U.S. Bureau of Economic Analysis. Since the recession ended, GDP growth has ranged from 1.6 percent to a high of 2.6 percent in 2015.

And many economists consider the administration’s stated GDP growth goals to be a pipedream.

To boost GDP, businesses have to produce more, and invest more in plant and equipment. Consumers have to buy more. And productivity has to increase from current anemic levels.

Brad McMillan, chief investment officer at Commonwealth Financial Network, explains the crucial role of productivity improvement this way: It’s like giving a construction worker a jackhammer, instead of a pickaxe.

“A person with a jackhammer is simply more productive,” McMillan said. “It lets each individual person generate more growth, and that lets everybody be better off.”

“A bridge, a sewer system, a highway are going to generate benefits for the next 20 to 30 years,” McMillan said.

Corporate tax reform could also boost GDP, according to Michael Baele, senior portfolio manager at U.S. Bank Private Client Reserve. He said that so far in the economic recovery, “companies have been using cash flow to increase dividends and buy back stock.”

Baele said that lowering the corporate tax rate, offering U.S. multinationals a tax holiday to repatriate overseas profits, and reducing regulations, might make it more likely that businesses will build domestic factories, upgrade equipment, and invest in the workforce.

But speeding up growth too much, could create bottlenecks in the economy, especially in the labor market, said Michael Strain at the American Enterprise Institute.

“An aging population is aging out of the workforce,” Strain said. “It’s hard to imagine the labor force growing fast enough to get us to 3.5 percent growth.”

Mark Hamrick at Bankrate.com concurred, citing the group’s recent quarterly survey of economists: “We will not hit 3 percent growth or better as the president has predicted for all kinds of reasons, including the fact that the administration seems to be hostile to the notion of immigrants—needed to grow the population and to do all the jobs that we need done.”