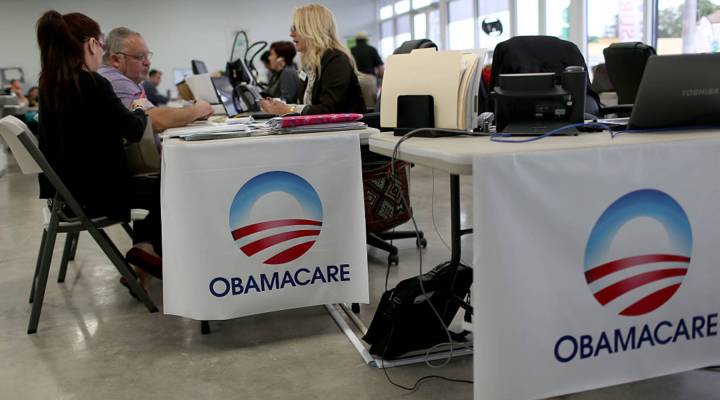 It’s no secret that Republican lawmakers in Congress want to bring an end to the Affordable Care Act. House Speaker Paul Ryan continues to be very vocal about wanting to repeal and replace Obamacare. But it’s the Internal Revenue Service under the Trump administration that may be dealing the first blow to the ACA. It is making that “Did you have health care for all of 2016” question on tax returns obsolete. Marketplace host Kai Ryssdal spoke with Dan Gorenstein, Marketplace’s health care correspondent, to get the details. Below is an edited transcript of their conversation.

Kai Ryssdal: So this is  the Internal Revenue Service we’re talking about here, right?

Dan Gorenstein: Yeah, exactly. Look, when Donald Trump took office, he signed an executive order immediately and sent a message to the administration saying he wanted to “minimize the economic burden on people.” The IRS has apparently interpreted that in a particular way. What the IRS had been planning to do this year is that they were going to reject these returns if people say, “Hey, I’ve got insurance.” Now the IRS is rolling back off of that. That’s seen as potentially a way to weaken the individual mandate that requires everybody to have insurance.

Ryssdal: Sure. There’s also something in this, though, about health insurers. Right? And trying to give them a little bit of market predictability, I guess?

Gorenstein: Yeah, totally. The word du jour today is “market stabilization.” So what we’re talking about here, is that the Trump administration has proposed a series of rules that potentially could make insurers happy. Things like insurers can refuse coverage to someone who hasn’t paid all of their premiums until they’ve paid off all their debts. And they’re going to shrink the special enrollment period — that’s for people who are not signing up in the traditional time, maybe because they had a death in the family, or they got laid off, or whatever. And giving insurers greater flexibility to determine the level of coverage in their plans. These are things that insurers have wanted and could help them shore up some costs and bring that predictability. But at the same time, these are also moves that will make it harder for consumers to sign up. So that limits how many customers the insurers could have.

Gorenstein: Absolutely. I’ve already talked to a couple of sources this morning who all agree. You’re going to hear a lot of people who like the Affordable Care Act say, “This is the Trump administration undermining” — or the word that people are starting to use is “sabotage” of the Affordable Care Act. And we have to remember, this continues to be the law of the land. I mean, Republicans will probably come up with some kind of plan to repeal and replace. But this is making it harder for people to get coverage. There’s no doubt about it. And insurers are in this weird position where they don’t want to bleed money, but they also want to have as many customers as they can. So I think this is going to be treated from the industry perspective as a bit of a mixed bag.