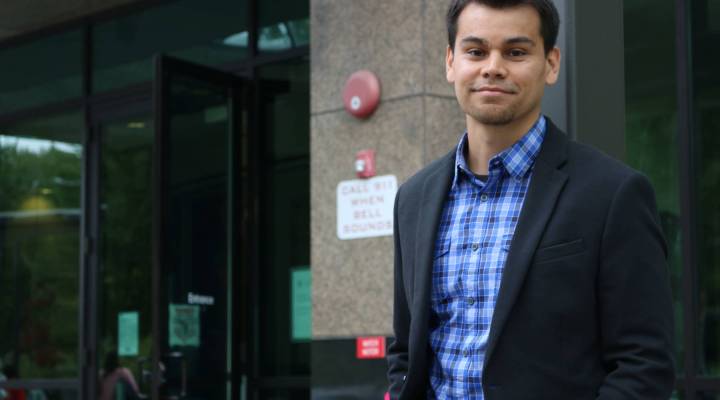 Marketplace did some reporting in Washington State last fall looking at how the farms of the Yakima Valley and the high tech startups of Seattle have at least one big thing in common: immigrant labor, albeit with varying skill sets.

One of the stops during the reporting trip was a company called Remitly, an app-based service that helps immigrants in the United States send money back home. Lazaro Carrion is a marketing manager at Remitly, and, at the time Marketplace visited Seattle, a new American. His boss, Matt Oppenheimer, is co-founder and CEO of the company.

Kai Ryssdal spoke with Oppenheimer and Carrion on how their business has fared in the nearly five months since they first spoke. Below is an edited transcript of the two conversations.

Kai Ryssdal: Last time we spoke, before the election, you were a relatively new citizen. And you were excited; that’s the only word I can think of. How are you feeling now?

Lazaro Carrion: Definitely still excited. You know, a lot has changed ever since then, but if I could paint the picture for you, it feels like I got invited to a party, and the moment I get there, everyone is acting like it’s a funeral. Looking around my environment, people are bummed. You know, I’m still holding that optimism. I’m excited to celebrate what it means to be a citizen. And, you know, staying engaged, trying to understand what’s going on. But there’s a lot out there to read and really digest.

Ryssdal: When you talk with your family and your relatives back in Mexico, what’s the sense you get from them?

Carrion: They’re wondering how in the world did our president get elected. But at the same time, I remind them, “How did your president get elected?” You know, there’s a lot of parallels between both presidents, and you know, they’re not an accurate representation of the people at times. And so, they do tell me that he’s crazy. “Why does he want to build a wall? Why does he want to impose a tax?” So their response is typically confusion. But at the same time, I’ve seen some solidarity across, not just my family members, but the Mexican people in general. And I think this is a good thing in my opinion, to focus their energy on what can they do down there as opposed to project hate or project whatever negative emotion may result from this.

Matt Oppenheimer is co-founder and CEO of Remitly:

Ryssdal: You’re a guy who runs a business founded on, in essence, immigration policy. You’ve got a new reality you’re dealing with. What’s that mean to you?

Oppenheimer: Yeah, you know, I think that the reality is there’s 40 million immigrants in the U.S. Our service helps people send money back home, and we’ll continue to work hard as ever to serve those customers.

Ryssdal: What are your folks overseas telling you about how they’re seeing from outside this country?

Oppenheimer: You know, I think that there’s a lot of fear and concern with folks that are traveling. And I think the important thing is that fear and concern has been there for a long time. It might be accentuated now, but I think a lot of immigrants, especially who go through customs, it’s an uncomfortable process. And I think unfortunately, some of the recent actions have only stoked that fear and concern. But the fundamental problem with our immigration system has been there for a long time.

Ryssdal: What’s your forward guidance, as they like to say on Wall Street, for your business?

Oppenheimer: I think, in some ways, it makes what we do more important than ever. People send money back to their loved ones to connect with them and, I think that we will be more active than ever to serve our customers and make sure that we’re there for them.