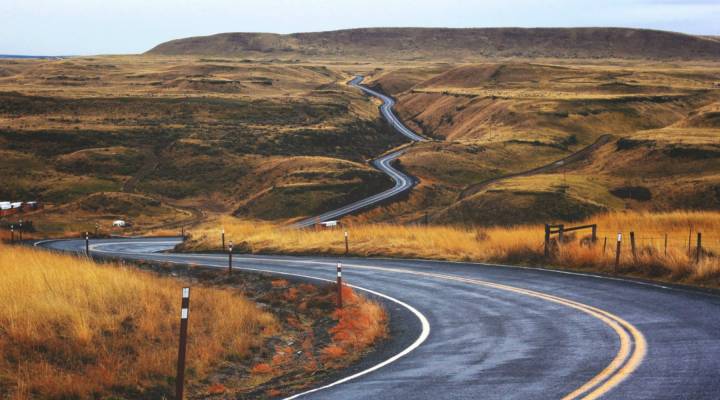 One journalist took it upon herself to travel 12,000 miles across an American landscape furrowed with the economic insecurity that, in part, drove the Donald Trump and Bernie Sanders phenomena.

Sarah van Gelder, co-founder of “Yes” magazine, wanted to discover solutions to the social, racial and economic challenges that many are currently facing. She ended up meeting hardworking people who are trying to improve their communities through systems such as worker cooperatives and the creation of new schools.

Van Gelder chronicles these encounters in her new book, “The Revolution Where you Live.” She joined us to talk about the various places she traveled and what she learned on the road. The following transcript has been edited.

Sarah van Gelder: That’s exactly what I found. I spent a lot of the time I was on my road trip in the Rust Belt, and it’s a region, as you know, that’s had huge economic conundrums. And has also been a big player in the recent election. And yeah, I found people who are creating really interesting innovations — worker cooperatives, local food systems. The wonderful innovations that combine both an economic foundation, but are also a way of coming out and being part of a community that were just bringing people a lot of joy. And the combination of that I found very powerful.

Brancaccio:I mean, that is the focus of this. You’re finding positive examples. But I got to say, you made your journey in the America that went on to elect Donald Trump as our next president. You must have seen, 12,000 miles across America, examples of the frustration that drove some of the passion for his outsider candidacy.

van Gelder: I certainly did. I mean, the extent of the poverty and the sense of social isolation and exclusion, I think, is really remarkable and quite toxic. I think there are studies that show that the kind of social isolation a lot of people experience is as toxic as smoking cigarettes or obesity. So we’ve got a combination of that kind of social isolation. And at the same time, so many people just feel left out of the economy even if they have a job, even if they’re not part of that unemployment statistic. So many of those jobs just aren’t paying enough to live on and people are feeling that sense of insecurity, that they don’t know what’s going to come next. So they’re clearly looking for new answers. And I think both the Bernie Sanders campaign and the Donald Trump campaign energize people because they seem to be an outsider, fresh perspective on how to go about doing something about the economy.

Brancaccio: So on this long journey, you found these examples of people who are not just waiting for national policy to fix these things.

van Gelder: That’s right. I think one of the things that’s so powerful is people were saying, “We can’t wait for Washington, D.C. to come up with the answers; we’re going to look for what we have in our own communities right now.” So, for example, in Cincinnati, Ohio we have an adjacent rural community where we can be doing our own farming and we can be bringing those things that we grow and produce into the city and distribute them ourselves. We can be doing weatherization of homes. Fundamentally, a local question is: How do you make your own homes, your own buildings more energy efficient? We can do that ourselves, and we can reap the benefit both of the jobs for people who may not be highly skilled workers, but are willing to go out there every day and get some stuff done.

Brancaccio: And working locally does prevent a different problem, which is when the national government, when the feds may wake up to the problem — the tendency may be to impose a solution from the outside if there’s no existing infrastructure or social capital to make sure that the prescription fits what’s going on locally.

van Gelder: That’s right. And a lot of the economic development work has actually been counterproductive, because so much of it is about trying to lure a big corporation into a community through huge tax breaks and subsidies. That means the local businesses are actually subsidizing that big company through their taxes. So you’re actually undermining your local community to bring in a company that may or may not stick around. They may find that some other part of the country or some other country may have a better deal to offer, and they may leave town to avail themselves of that opportunity. When you build on your local economy, you have people who have that long-term commitment and aren’t just chasing the last little increment of profit. They have a different kind of bottom line that includes the quality of life where they live, and includes the prospects for their children and for people in the future to have a good life in that community as well.

Brancaccio: I have to ask you this: You spent all those miles in that four-cylinder pickup truck of yours — a lot of time to consider the effects of the projects that you found and the wonderful people that you met. You get to Detroit. Do you feel that the good people that you found have been doing sustained work sometimes for decades. Isn’t it ultimately nibbling around the edges? I mean, is that going to fix Detroit?

van Gelder: It’s a good question. Detroit has so many big problems. The automobile industry moved away, left a lot of people jobless. There was white flight that also left a lot of land abandoned. And at the same time, there’s a resurgence of energy there that I just found really inspiring. People are finding creative things to do that range from low tech, like urban farming and distributing the food locally, all the way up to high tech, like building 3-D computer-generated fabrication, and all sorts of things in between. So there’s something about the space that’s created where people can step into that space and have the opportunity to create something new that’s very enlivening there. At the same time, there are lots of challenges. You know, Flint has their water problem. Detroit as well has this water shutoff situation that’s been going on and people are working very hard to try to resolve that question. But what I was so struck by is that people are so creative when they have that opportunity to work together. They’re doing everything from, you know, clothing swaps for kids to creating brand new schools so that the kids can learn about their neighborhood and their culture and learn an environment that’s really nourishing.

Brancaccio: The book has a handy dandy list of action points for people who want to try this at home in their own communities. Under the rubric of building power locally, one of your points is about gathering data from, perhaps, public sources. What data and to do what?

van Gelder: So that was an idea I encountered in Chicago, Illinois and, you know, many people would like their city government to be a little bit more accountable to ordinary people and to the priorities that people have. But it can be really difficult to actually get access to what’s going on in the city and what resources there are to draw from. So in Chicago, they were having hackathons, where they are basically learning the legal techniques. Not the not the illegal kind of hacking, but the legal techniques for accessing the big data that your city has and making it available and crunching it so that people in community groups or in neighborhoods can have access to it and can better understand the kind of options that they have to make their city work for them.

Brancaccio: Because if you’re making an argument for a change in policy, for instance, it helps to have the data.

van Gelder: Absolutely. And when I was in Greensboro, North Carolina, I visited a place where they’re doing participatory budgeting, where they’ve actually allocated a certain chunk of the city budget to allow neighborhoods to decide how they wanted to spend that. And that has wonderful benefits, both because you get the you get the democracy, you get the input of people at the neighborhood level. But also because then they have their eye on that budget in a whole different way, a much more engaged way, and they’re much more likely to pay attention and make sure that there isn’t corruption and that the money is being spent well.