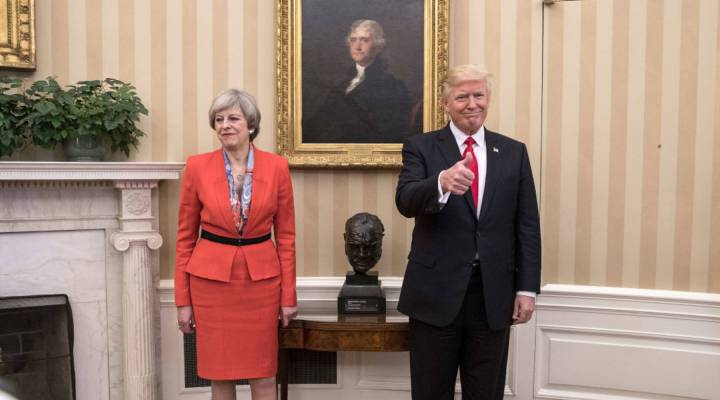 European leaders gather for a special summit in Malta on Friday to discuss, among other things, Brexit.

British Prime Minister Theresa May should have a spring in her step at the summit. Her Brexit bill — authorizing her to start the negotiations to leave the European Union – has just passed its first stage in Parliament and, after her recent warm reception by President Donald Trump in Washington, she goes to Malta armed with his offer of a free trade deal.  But how much of a benefit will it prove, being Trump’s best new friend in Europe?

May’s supporters may be thrilled that she hit it off with Trump, but among her European partners, it’s not playing so well.

“I think the reception she’s going to get in Malta is going to be pretty frosty,” said John Springford of the Centre for European Reform.

He said most EU leaders don’t appreciate May cozying up to the new president, who has just been described by the head of the European Council as one of the major threats to the future of the EU — along with China, Russia and radical Islam. Springford said that Trump’s offer of a free trade deal with Britain will hinder her Brexit negotiations.

“A lot of Europeans see this as, essentially, the U.K. trying to use the deal to blackmail the EU into giving lots of concessions to the U.K., and they don’t take it kindly,” he said.

But others argue that security may well trump the European worries about Brexit and what some see as the new president’s apparent hostility towards the EU.

“In spite of the objections of many Europeans to what Trump has said and done since his inauguration, I think people here do recognize there has to be a relationship with the United States,” said Stephen Booth of the Open Europe think tank. “The foundation of Europe’s security is NATO. The U.S. is the only game in town when it comes to security.”

Booth believes that by extracting at least a verbal commitment to NATO from Trump, May has proved her worth to the rest of Europe.

“If the U.K. can focus U.S. minds on the importance of NATO, the U.K. will remain of value to the European Union. And should be considered worthy of a generous deal. That would be logical,” he said.

But he accepted that the rest of the EU may pursue a different logic: that if the bloc is to survive, Brexit must not be a success.