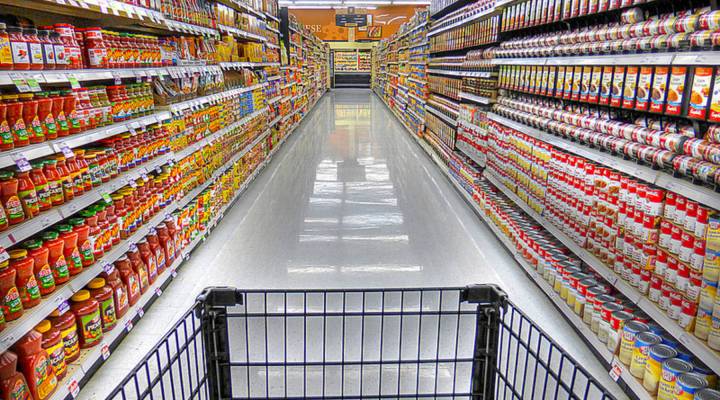 When you go to the department store or your nearby pharmacy, don’t be surprised if they know who you are and are tracking you.

Maybe you’re gazing at the shoe aisle inside Macy’s, and then the system spots you and immediately sends a shoe coupon to your phone.

Joseph Turow, a professor at the University of Pennsylvania, has researched mass media industries and the intersection of the internet, marketing and society. He recently authored the book “The Aisles Have Eyes: How Retailers Track Your Shopping, Strip Your Privacy and Define Your Power,” which looks at new ways stores are marketing their products to consumers.

Turow stopped by to talk about how stores profile customers and about our changing ideas of privacy and consumer power.

Joseph Turow: We call it discounts, but it really is changing the price. So you may be in front of a diaper area, and the history of your purchases may be with another kind of diaper, and the diaper company that wants to get you might say, “Hey, we’re going to give this person a lower price because they have three kids, live in an upscale area and they’re gonna be good customers down the line.” Some people may get higher prices because they think, based upon their history, that they could stand paying higher prices

David Brancaccio: And that’s OK, you can do that?

Brancaccio: Maybe you have to start dressing down before walking into some of these stores. By the way, what stores are we talking about? Give me an example.

Turow: Companies that are tracking you all range from Target, to Alex and Ani, to Wal-Mart. Wal-Mart’s even testing doing it, from what I’ve read in the trades, with lighting systems. Lighting systems will connect with the camera in your phone as a way to track you. There are other stores that do it. Macy’s is really big into it. Shopkick tries to track you in a variety of ways with their app and gives you sort of credits if you scan particular items. And the new Amazon store, which is kind of in beta now in Seattle, the whole store is based on the idea of walking into the store with your smartphone. You present yourself through their app and everything you do in the store is totally tracked, that way you don’t even have to check out. You simply walk out

Brancaccio: You grab your stuff, but they know you have the stuff.

Turow: Because they follow every inch of what you do. That’s the star of the future.

Brancaccio: So when you did your investigation, were these stores forthcoming, proud of this, or would they rather this was kept secret?

Turow: Stores are not very forthcoming, but the people who work with the stores were and are. I didn’t have very many people turning me down for interviews. I went to industry conferences and people talk about the most bizarre things. One thing that a person talked about in a meeting I was at was he feels that by about 2028, half of Americans will have implants in their bodies — in their arms, for example, so that when they walk through a store, they will be telling the store how they feel about the products they lift up. And then the store can change the price and give you different discounts based upon what they think your skin response is — your heart rate or something like that.

Brancaccio: So if one is having a positive flush of excitement, maybe the price should be up a little bit.

Turow: More likely, if it looks like you’re nervous about the price, they may lower it a bit and then essentially your body is helping you make a deal.

Brancaccio: It’s interesting. I don’t know if it’s urban legend, but word is that there are some people in Asia in open street markets who can look at your pupils and tell if you’re interested in something, and that can affect the price.

Brancaccio:  Now, some people will welcome this. Some people will say, “I’d love a targeted coupon for something I was going to buy already.” Others will be unsettled. And you do look into the privacy aspects here.

Turow: First, I should say that there are winners and losers in everything, and a lot of people say as just did: Yeah, I’m a winner and they’re going to give me great prices. But you should have realized a couple of things: one, you age, and you change, and your prices may change. Companies interested in you may change based upon that. The second is that what we’re doing here is moving into a society in which people will be walking into really important areas of public space, shopping, which is what we all do. And their whole sense of how they relate to that public sphere is changing. People can be nervous. “What are the profiles companies have about me?” “Are they going to treat me well?” “What should I do to make them treat me better?” And it may make the whole experience rather corrosive. We found in our research that a great majority of Americans — actually, 58 percent say they’re resigned. They think that there’s nothing they can do about it. And I think that’s a serious position for a society to be in.

Brancaccio: And it does open up entire new avenues for discrimination against some kinds of shoppers as defined by the retailer.

Brancaccio: Discrimination that you might not even be able to see, but might be happening using big data.

Brancaccio: And even if this is about more finely honing messages to consumers, so that the pitches are more apt, you just want them to get it right. I was in CVS the other day, and it prints out this long coupon, assuming I’m an elderly retiree I mean, nothing wrong with that, but I’m not quite at that stage of my life. It seemed like their profile of me was off.

Turow: Yes, they get it wrong and they may treat you differently because they get it wrong. But even if they get it right, it’s not clear that you would want companies to make decisions about you — not just about your age and your income, but your personality. The vacations you take. The kinds of friends you have. People are now getting mortgages based upon whether their friends pay back their mortgages and what graduate schools they went to. Now that may help a few people. It can hurt very many people. And again, much of this stuff is going on behind the scenes. Relationships are part of the way companies predict about us. Big data is really about predictive analytics — what kind of discriminations can we create to decide what we should send to you at what time, at what price.

Brancaccio: There is evidence that some mortgage lenders take into account your associations?

Turow: Absolutely. I know from personal experience of people

Brancaccio: Now, taking a look at the subtitle of the book, let’s just spend a moment on the last clause: how retailers track your shopping, strip your privacy, and define your power. What did you mean by that?

Turow: Define your power means: what kind of influence are you going to have on the prices you get, and even the products that you see? What we’re really doing here is going back to the future. Essentially, if you look at the history of American retailing before the mid 19th century, peddlers and small merchants really judged you by what they stereotyped about you, their interactions with you. And then they decided what kind of price to charge you based upon what they thought they could get away with. The 20th century was very different for very interesting reasons I talk about in the book. But we’re in a sense going back to the 19th century; we’re going back to a time where the peddler, the merchant is now going to say: “I’m going to charge you different prices.” “I’m going to give you different messages.” “I may even give you different products based upon what power I think you have, what value I think you have to me.”

Brancaccio: And what’s different now, of course, is the technology.

Turow: Exactly. It’s the peddler era with a “scientific” spin — a mathematical look at personalizations.