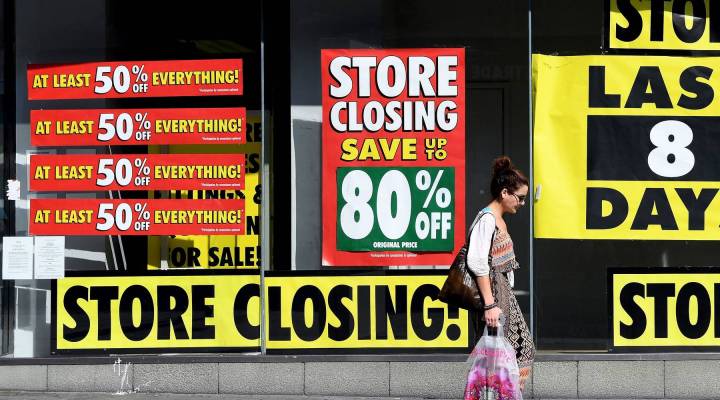 COPY
President Donald Trump has promised to return the American economy to 4 percent annual growth. That would be up from the 2016 U.S. Gross Domestic Product rate of 1.6 percent. PAUL ELLIS/AFP/Getty Images

President Donald Trump has promised to return the American economy to 4 percent annual growth. That would be up from the 2016 U.S. Gross Domestic Product rate of 1.6 percent. PAUL ELLIS/AFP/Getty Images
Listen Now

President Donald Trump has promised grow gross domestic product by 4 percent annually. But the economy is slowing down; the GDP grew 1.9 percent, a slower pace than expected, in the last three months of 2016 and down from 3.5 percent in the previous quarter. Economist Marc Levinson says governments cannot do much to control long-term economic growth.

Kai Ryssdal: How much power does a government have to … drive economic growth?

Marc Levinson: In the near term, the government has a lot of power to drive economic growth. In the longer term, surprisingly little. Here’s what I mean. In the longer run, the rate at which the economy grows depends mainly on the growth rate of productivity. Productivity is essentially how much output a worker can produce in an hour’s work, and governments have really little control over that. They can do some things that will help in the long term. They can give us a good transportation system, they can help us have an educated work force, but the president is not going to find a button on his desk that he can push to raise productivity. It’s just not that simple.

Ryssdal: Why do people put so much faith in government to improve the economy?

Levinson: We had a period after World War II when the economies not only of the United States, but of all the advanced countries, grew faster than at any time before or since, and of course governments claimed the credit for that. We had economists saying it: “Hey, we now have the expertise — with fancy tools like computers and linear programming — we can assure fast growth and low unemployment forever.” And then it all went bust. And people have continued to expect governments to deliver much faster economic growth than they are able to deliver.

Ryssdal: So what does it look like then in the first couple of three-ish years of a Trump administration with the headline numbers being really nice for the economy … full employment and low inflation, but with growth that is not what we want it to be?

Levinson: What I think we’re going to see here is that we are going to get some initial boost in economic growth, but whether we will have faster productivity growth is an entirely different question. There are a number of things that people talk about reducing regulations for example, making it easier for banks to lend money…. Things like that might have some affect on productivity or they might not. These things really can’t be foreseen.

Marc Levinson is an economist, historian and author of  “An Extraordinary Time: The End of the Postwar Boom and the Return of the ORDINARY Economy.”