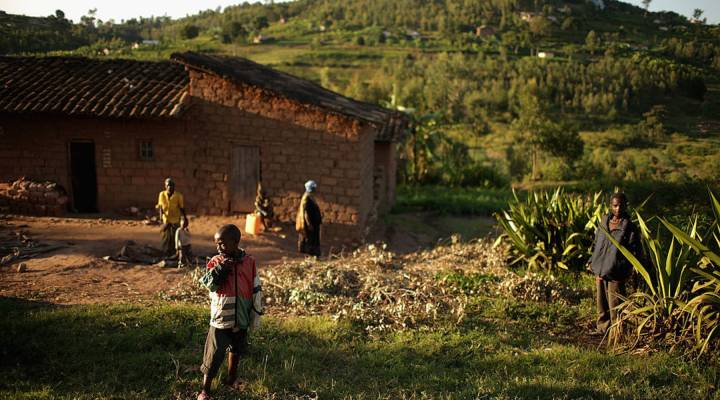 COPY
Julian Mokagihana (L), 63, and her family prepare for their evening meal at their rural home, located about 70 kilometers south of Kigali, Rwanda.  Chip Somodevilla/Getty Images

As early as today, the president could sign an order that would limit refugees and immigrants coming from some Middle Eastern countries.

Here’s a reminder on why people move: It can be war. It can be famine. It can also be grinding poverty.

Kanayo Nwanze, the president of the United Nations’ International Fund for Agricultural Development, stopped by to talk about the growing divide between rural and urban communities, along with ways that countries can tackle the issue.

David Brancaccio: You argue that an important part of the refugee crisis is directly rooted in rural poverty.

Kanayo Nwanze: Unfortunately, that is the case. If you look at the African landscape, economic growth has not transformed into social development because of a lack of investment in the rural areas. So you find an increasing gap between the rich and the poor, and between the rural and urban spaces. And that is why the populations are migrating into urban cities and eventually migrating into Europe. We can stem the issue of migration, hundreds of people dying in the Mediterranean, if we make our rural areas more attractive for the young population to make a living.

Brancaccio: One could wait for economic growth alone to somehow address this problem. The old term is “lift all boats.” But do you think that policy needs to come to bear on this sweeping issue?

Nwanze: Yes. Economic growth alone will not improve the lives of poor, rural people. We have to have targeted policies. This will involve policies and investments that increase agricultural productivity; that will expand rural employment, so that particularly youth will find jobs; and also provide access to services and infrastructure. Basically it means rural transformation.

Brancaccio: So to transform these rural areas, give us a hint about some of the policies that might actually put a dent in this.

Nwanze: Essentially these are policies that provide opportunities for rural people to make a living. Where infrastructure, roads, energy, social sciences, education — where they find exactly the same things, the same livelihoods that they would find in urban areas. If you look at Rwanda and Ethiopia, who have significantly reduce the rates of poverty, they have implemented policies that have rapidly transformed their rural areas and developed their rural agricultural sectors and associated industries. This means that our political leaders have to walk the talk and invest in rural transformation.