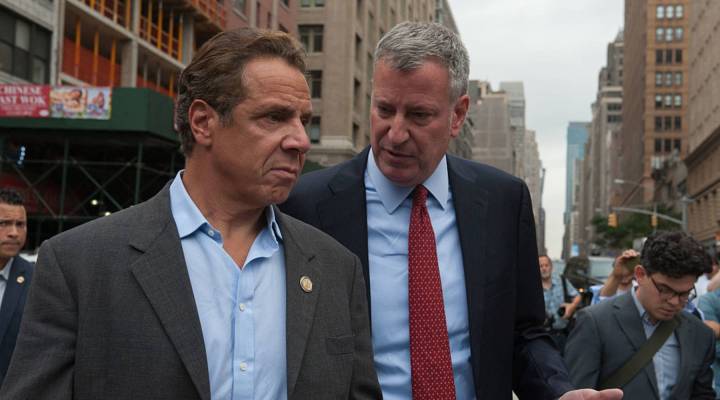 Mayors from around the country reacted with outrage, including New York City Mayor Bill de Blasio, who said his city would defend all of its residents, regardless of their immigration status.

Seventy-eight percent of voters in New York City cast a ballot for Democrat Hillary Clinton in November. And since Trump’s election, De Blasio has repeatedly promised to push back on federal decisions that weaken immigration protections, climate change efforts, criminal justice reforms, and other progressive policies.

Schneiderman said the state could also enforce its own laws more aggressively.

“If there are federal agencies that simply stop enforcing federal laws, whether it’s civil rights laws or environmental laws or labor laws, states can fill that gap,” he said. In addition, New York State could pass new laws to counter federal actions, he said.

But laws can cost money to implement — and funding is already a concern. Federal dollars make up nearly one-third of New York state’s budget and a tenth of New York City’s, paying for things like affordable housing, schools and counterterrorism. Some of that funding could disappear in federal budget cuts. The executive order from Trump on sanctuary cities also raises the prospect that cities in New York will lose a portion of their funding.

“It would be a financial disaster if the substantial amount of money the city receives from the federal government is cut off,” said Michael Cardozo, a partner at Proskauer Rose and the former corporation counsel under former New York City Mayor Michael Bloomberg.

The city may have to look for alternative funding to make up for federal cuts, said Ester Fuchs, a professor at Columbia University’s School of International and Public Affairs and a former special adviser to Bloomberg.

“You can always create fees and taxes and increase your revenue that way,” she said. “But that’s a dangerous game.”

Of course, a lot of New York state residents voted for Donald Trump and think his policies will help the state.

New York State Assemblyman and Republican Ron Castorina said Democrats should give the president a chance, and that they’ll have an opportunity to make their voices heard in the midterm elections.

“Certainly the people have spoken, and those in the minority at this time have to respect the process,” Castorina said.

Looks like New York’s Democratic leaders are not planning to wait that long.