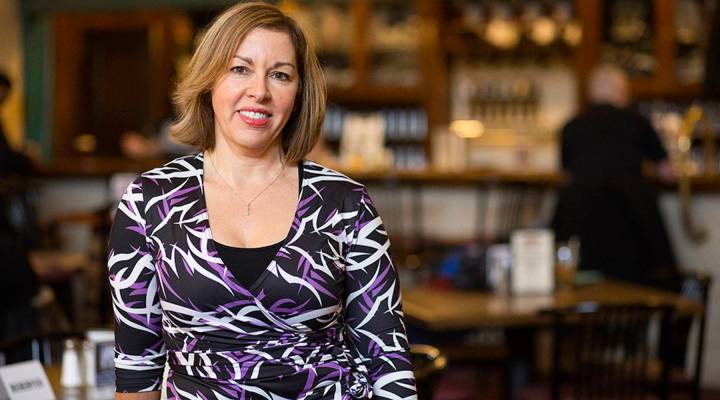 Businesses owners don’t always feel like politicians actually understand what they are going through.

But Joe and Sondralee Orengia, two business owners from Erie, Pennsylvania, have high hopes for the incoming administration. They think that President-elect Donald Trump, as a businessman himself, plans to pave the way for local businesses to be more profitable.

Joe Orengia is an accomplished power-lifter the owner of a Joe’s Gym, heard Trump speak when the candidate was stumping in the area, and he said the president-elect’s message resonated with him. A lot of GE employees were members at his gym, but that has changed since the company’s layoffs a few years ago.

“It was exciting, upbeat. We were so excited to hear what he had to say,” he said. “Being there, I agree with pretty much everything he said, especially here in Erie, Pennsylvania. We’ve lost so many manufacturing jobs.”

Despite low unemployment rates, increasing wages and a growing GDP, many of the Americans we’ve talked to have told us that their economic stories haven’t lined up with the numbers. That sentiment resonates with many of the residents of Erie, a county that went from blue to red this last election.

We often talk about how small businesses make up the economic engine of our country. These companies are responsible for two-thirds of new job growth. In July, several business owners told us that they wanted the next president to address their concerns about access to capital, taxes, regulation, export policy and healthcare costs.

That last topic definitely strikes a cord with Sondralee Orengia, who is the owner of Custom Audio, and sells home and car audio systems. She has six full-time employees. She said she wants to see the health care system be reformed.

“It’s very expensive,” she said, referring to Obamacare. “It’s very difficult to afford insurance for all my employees and that makes me really sad…it means a lot to me to offer that to my staff and it’s been very difficult.”

Joe Orengia became a Trump supporter after reading Trump’s book, “Crippled America: How to Make America Great Again.” To Joe, the book helped him understand Trump as a business man. And after talking about the candidate at his gym, “Pump for Trump” t-shirts were born.

Trump’s win has made Joe Orengia optimistic. He said his small gym got four new members the week after election.

His wife is a bit more cautious, but still hopeful. Does she think Trump can turn things around for Erie?

“I don’t know,” Sondralee Orengia said. “I think he believes he can do it, absolutely. I believe he has every intention to fulfill his promises.”