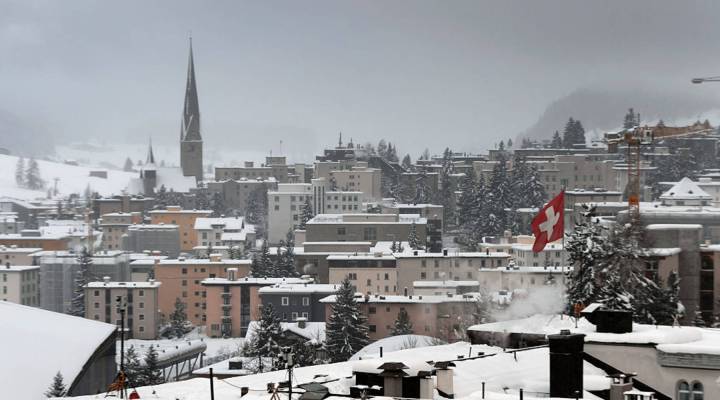 COPY
The Alpine resort of Davos is seen under show during the World Economic Forum annual meeting on January 23, 2016. FABRICE COFFRINI/AFP/Getty Images

The Alpine resort of Davos is seen under show during the World Economic Forum annual meeting on January 23, 2016. FABRICE COFFRINI/AFP/Getty Images
Listen Now

The presidential inauguration may cast a pall over the World Economic Forum at Davos in the Swiss Alps next week. The vote for Donald Trump represented a stunning rejection of  some of the core beliefs propagated at Davos: a belief in the benefits of  globalization,free trade and mass immigration. Both Trump’s victory and the vote for Brexit in the United Kingdom  have been widely seen as a slap in the face for the global political and business  elite, the very people  who will gather in the Swiss ski resort. Will they feel abashed and deflated by these two electoral setbacks?

Not a bit, judging by the forum’s founder Klaus Schwab. Speaking to the media this week he insisted that he and other Davos habitues had warned of a populist backlash for at least two decades. He had argued that there would be big electoral repercussions if governments and businesses ignored people who were left behind by technological progress and free trade.

“Every market economy will produce winners and losers,”he said, “ The system will only be sustainable if there is enough solidarity between the winners and the losers.”

But critics of the World Economic Forum claim that it does nothing to promote social solidarity because its panels and discussion groups are dominated by  “winners”.

“There’s one panel discussion at this year’s Davos entitled: ‘Squeezed and angry: How to fix the middle class crisis’ Great! that’s the kind of thing we need. But guess who is on the panel for that: a multi-billionaire hedge fund manager.” said Louise Cooper, an economics commentator.

“It would be more realistic if some of the people speaking were at the bottom of the food chain rather than those at the top. Last year’s two big electoral upsets have shown that it should not  be business as usual at Davos ”

Trump’s victory is going to have a big impact on the forum. This year for the first time ever a Chinese President will attend, and Professor Kerry Brown of King’s College London, says Xi Jinping will project himself as the champion of globalization,  at a time when many fear the US is about to abandon that role.

“I think we’re going to see a China that is more globally responsible, has more status, because of the space that America will be freeing up.”  Professor Brown told Marketplace.

But is Mr. Xi going to feel ill at ease hobnobbing with western plutocrats in a wealthy Swiss ski resort? Not a bit of it , says Kerry Brown. The Chinese will love all the attention.

“Everyone wants Chinese money now and so this delegation are probably going to be the highest status one there. So they’ll be surrounded by a lot of people who will be flattering them and making a lot of fuss about them being there.” Brown said. 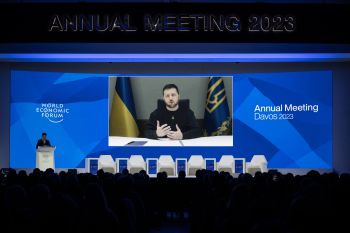 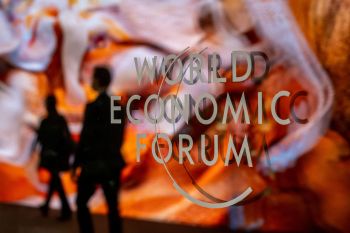