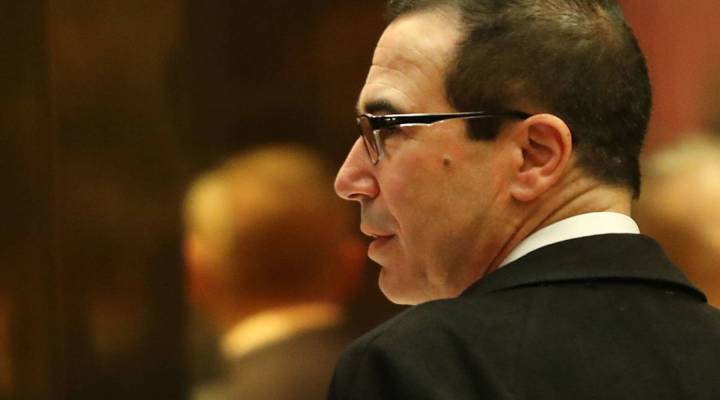 Nineteen year-old Roxana Mercado Rojo needed $700. She was brought to the U.S. from Bolivia as a toddler.  She’s undocumented, and decided to apply for an Obama administration program that lets people like her get temporary protection from deportation and eligibility for a work permit.  There’s a fee.  Where to get the money?

“You know, I couldn’t kinda borrow from my parents and, you know, there wasn’t anyone of trust that I can borrow from,” she said.

Mercado Rojo thought her only choice was a payday loan. Then she heard about a nonprofit called Good Fund.  It loans money to people who can’t borrow from a bank. Mercado Rojo got the money, and a job in the process.  Now she works for Good Fund. As a counselor, for people like her.  She says undocumented immigrants avoid banks, because they worry they’ll be turned in to immigration authorities.

“But I think through, like banks and institutions – you know, anyone that could have your information – I think there’s a certain type of fear,” she said.

The Treasury Department has worked closely with nonprofits like Good Fund, which use government grants to make loans. Amias Gerety is in charge of Treasury’s domestic financial inclusion programs. Gerety says these programs are for people who can’t get bank loans, because they don’t have the credit cards and mortgages needed to build up credit scores.  Gerety says Treasury has seeded money to non-profits across the country.  Helping people in need.

But, what is going away is the Obama administration, which created these financial inclusion programs.  So, some of the nonprofits Treasury’s worked with are worried that President-Elect Trump won’t pick up where President Obama leaves off.

Of course, it’s early, and Trump hasn’t even been sworn in yet. Duguay hopes that, once in office, Trump will see financial inclusion as a way to help people who voted for him, and are struggling economically.

“The issue of financial inclusion and helping people become more economically prosperous is one that crosses both party lines,” she said. “So we do intend to reach out.”

In fact, according to the credit rating agency Experian, eight of the states with the lowest credit scores voted for Trump.

I reached out to the incoming Trump administration for comment on financial inclusion. But it didn’t respond.