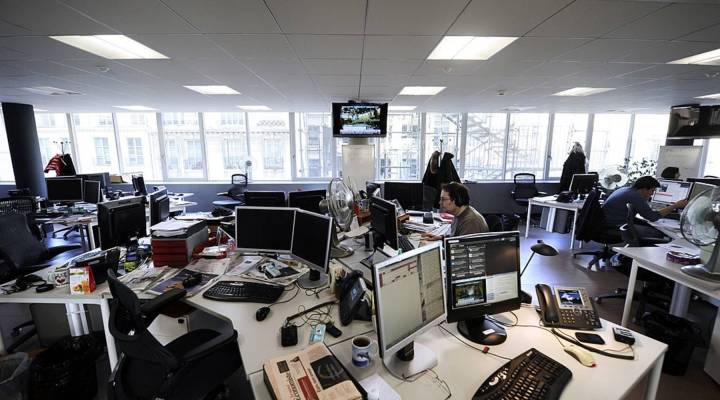 But one aspect of the economy has made virtually no progress in the past decade: productivity. This is a measure of economic efficiency — basically, how much in the way of goods and services the U.S. economy can produce per hour of labor by American workers. Rising productivity is a key driver of rising wages, as well as higher profits for business. When productivity slows, employers generate less extra capital from their business activities to boost workers’ pay.

Productivity gains have been anemic recently. The Bureau of Labor Statistics reported 0.0 percent change in labor productivity from Q3 2015 to Q3 2016; over the past five years, annual gains have averaged just 0.6 percent.

In his 2016 book “The Rise and Fall of American Growth,” Northwestern University economist Robert Gordon argues that after more than a century of monumental technological leaps that transformed the U.S. economy, major improvements in productivity have slowed markedly over the past several decades, and have now virtually stalled out.  To understand why,  he explains how things changed in a past era:

“In 1870, you had a house that was completely isolated from the outside world,” said Gordon. “By 1930, almost all urban houses were connected five different ways: through electricity, gas, telephone, running water, and waste disposal. It wasn’t just a matter of the factory working more efficiently. It was an utter change in the standard of living.”

And most Americans reaped the benefits. “For 50 years — from 1920 to 1970 — U.S. productivity grew at about 3-percent-per-year,” said Gordon, referring to GDP-per-capita, the broadest measure of labor productivity and living standards. Real wages (after accounting for inflation) rose strongly across the board, and workers—in factories and offices—could afford new houses, cars, appliances, and entertainment.

Then productivity gains began to wane. “After 1970, productivity slowed to about 1.5-percent-per-year,” said Gordon. “There was a brief revival — in the late 1990’s and early 2000’s — during the dot-com decade associated with the introduction of the internet and everything that it brought with it.”

“This is what has everyone concerned — you’re talking about a drop down to one-sixth of what we once were able to achieve,” he said.

“When people use Facebook, that does not create more jobs, and it does not allow business firms to pay workers higher wages,” said Gordon. “It’s something that consumers enjoy, just as they enjoyed television in a generation before that.”

Jonathan Rothwell, senior economist at Gallup, counters: “We haven’t run out of ideas. Lack of technological innovation isn’t really the thing holding us back.”

Rather, Rothwell attributes the stagnation in productivity principally to three dominant sectors of the U.S. economy: housing, education, and health care. In his recent report, “No Recovery: An Analysis of Long-Term U.S. Productivity Decline,” Rothwell argues that in these sectors, dominant market players and their politically connected trade associations successfully push “rules and regulations that make their businesses more profitable, but make it harder for others to enter and compete with them.”

Economist Martin Baily studies productivity at the Brookings Institution. He agrees with Rothwell, and said regulatory overreach, unwieldy bureaucracy and suppression of market competition are holding back productivity improvements in these crucial sectors.

But he predicts that new technology, deployed by dynamic entrepreneurial firms, will overcome many of these obstacles.

“The medical-care sector is one with a huge amount of innovation,” said Baily. “We still don’t take into account how well a hospital or doctor does at treating a disease—how much benefit we’re getting from the new drugs, imaging techniques, surgical procedures.”

And Baily said that ever-more business and consumer activities will be transformed by advances in computing and robotics, driving productivity higher, and leading to higher-quality and better-paying jobs in the long run.

“I think artificial intelligence is starting to make very considerable progress,” said Baily. “We have a future which looks much more optimistic to me than it does to Robert Gordon.”