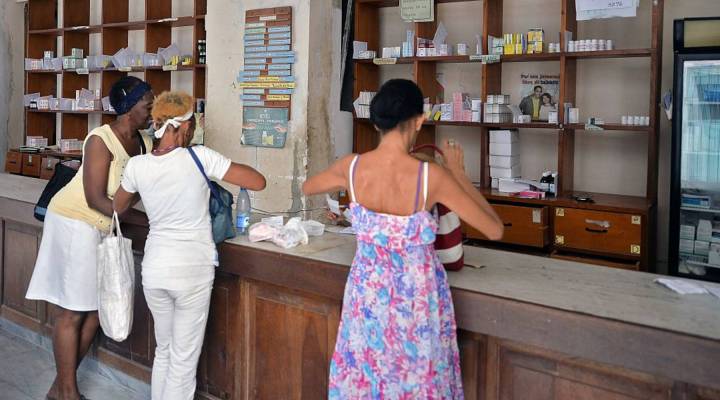 Even without access to the wealthy U.S. market, in the past half-century, Cuba has developed a robust biotech and pharmaceutical industry. In fact, the nation has built some international acclaim for its pharmaceuticals. Under President Barack Obama, relations with Cuba have normalized a bit, and a new partnership with Cuban biotech researchers has led to a broad, important trial of a vaccine for one kind of lung cancer. But now President-elect Donald Trump’s threats of re-freezing relations with Cuba could jeopardize Americans’ access to its groundbreaking drugs.

There’s a fascinating and remarkably human story behind the partnership that’s led to the ongoing cancer vaccine trial. Dr. Gisela Gonzalez was visiting family near Buffalo, New York when, on a whim, she called a local cancer care center. That happened to be Roswell Park Cancer Institute, among America’s most renowned cancer treatment centers.

“She just said, ‘Hey, listen, I’m an immunologist, what are you guys doing?’” Schwaab said.

Now, in the U.S., pharmaceuticals are big business, and if this drug had been developed here, it could’ve led to big money. But it wasn’t. It was developed in Cuba, where business incentives are very different, said Schwaab.

“They are not primarily interested in big money from big pharma,” he said. “In part because they haven’t had access to it.”

Like everything else, the pharmaceutical industry in Cuba is run by the state. It grew rapidly in the 1990s when Fidel Castro decided to invest a lot of money in it.

“But what they haven’t been able to do is really market on a global basis,” he said.

Cuba does have access to a few markets, like India, China and Brazil. Those countries buy treatments for cholera, meningitis and cancer, among other diseases.

But Feinberg said entering the competitive pharmaceutical market in the U.S. is a different matter for Cuba.

“To really break into the big industrial markets, they need to form alliances with either large research centers or major pharmaceutical companies,” Feinberg said.

Trump’s chillier stance on Cuba could make those alliances a lot tougher to build.

“But what people need to understand, though, is obviously even if there is some kind of medicine, it’s not going to be available in the United States for a little while,” he said.

The research trial has only just begun; if it’s a success, the drug would still need FDA approval and a distributor before it could reach the U.S. market.

If the partnership does achieve some measure of success, however, it could lead to more cooperation. Cuba has roughly 20 other cancer treatments researchers at Roswell Park would love to get their hands on. They say this could be the beginning of something important.