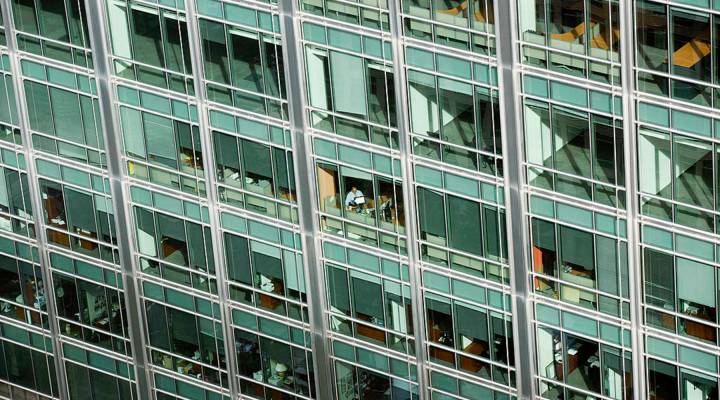 Millennial leaders are more likely than their older counterparts to work at their companies for more than 15 years, according to a report published today by The Conference Board.

The research group, along with RW2 Enterprises and DDI, set out to find out more about the generation’s leaders, as they are quickly replacing baby boomers. Roughly 44 percent of the millennial leaders surveyed said they could see themselves working for their companies for more than 15 years, compared to nearly 29 percent non-millennial leaders.

Rebecca Ray, an executive vice president of the Conference Board and one of the report’s authors, said the discrepancy could be because millennials simply have more time to give to a company, given their youth. But, the figure also provides some data against the notion that millennials are intent on changing their jobs as much as possible. It turns out, millennial leaders want the same things as other age groups when it comes to company loyalty, she said.

“They’re in a role where they are already leaders. They are being engaged, they want to feel they are respected, well-compensated, they do work that matters, they align with the mission of the company,” Ray said. “Now, when you look at this list — is that any different from any other generation?”

Things that do set millennials apart? They tend to put more emphasis on social connections at work and they’re not afraid to be candid.

“They’re very comfortable going directly to someone because it’s effective,” Ray said. “In an earlier time, we would funnel that through our boss.”

The last quality doesn’t seem to be a detriment, so far. The study said companies promoted millennials twice as often as their older peers in the last five years. She said the pace has to do with the exodus of the baby boomer generation, which is much larger than Gen X.

“Gen X alone is not enough to fill all those spots,” she said.

Additionally, millennials aren’t the only generation to get the “slacker” label.

To illustrate this, Ray turned to news headlines used to describe baby boomers or Gen Xers, when they were the millennials of their time: “The ‘Me’ Decade,” “Twentysomethings: Proceeding With Caution,” and “The Whiny Generation.”

“People have been bashing the incoming generation for recorded history,” she said.

CORRECTION: The original article had an incorrect title for Rebecca Ray. Her title is executive vice president. The text has been corrected.