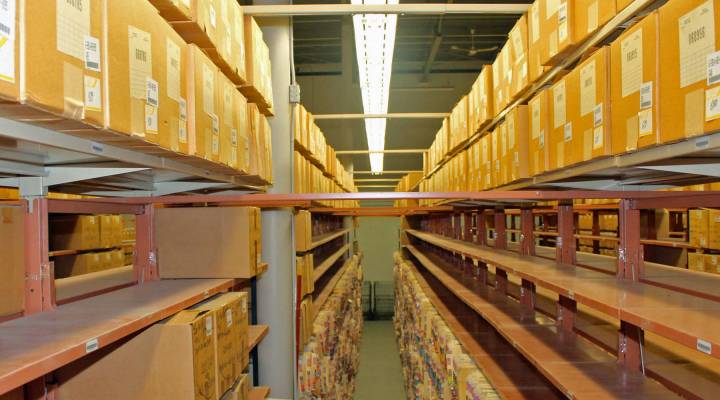 COPY
Around 1,800 boxes of data from a 1970s basic income experiment can be found at Library and Archives Canada in Winnipeg. Sarah Gardner/Marketplace

Around 1,800 boxes of data from a 1970s basic income experiment can be found at Library and Archives Canada in Winnipeg. Sarah Gardner/Marketplace
Listen Now

In 2017, Finland, the Netherlands, Ontario, and even Oakland, California, will all turn into mini-laboratories for basic income.

A universal basic income is a social safety net of sorts. The government cuts everybody a monthly check to meet basic needs, no conditions. Unstable jobs and automation are among the forces driving these pilot programs, but they also highlight a growing movement to make government more experimental.

Matt Zwolinski, a professor of philosophy at the University of San Diego and a libertarian advocate of basic income, said he’s a big fan of social science experiments. “Even with policies I don’t like,” Zwolinski said. “Like the minimum wage. I think the fact that we’ve got a $15 minimum wage now is terrific because we’ve been debating for years whether the minimum wage causes unemployment and we’re going to get some good data.”

There’s a big difference, of course. Cities like Seattle have already passed that particular wage hike, due to hit $15 in 2021. The idea of “experimental governance” is to test what works and what doesn’t, before enacting new laws.

“The idea is that it’s better to experiment with a small group of people instead of making legislation for the whole country, in the case that the law is bad,” Kangas said. “It’s easier to stop everything if it’s obvious it doesn’t work.” Or tweak the policy’s design so that it works better.

Critics of these small social experiments complain they don’t always predict results on a larger, national scale. But they are getting easier, given the ability now to collect and analyze reams of economic and social data via computers.

David Grusky, executive director of Stanford’s Center on Poverty and Inequality, urges the U.S. government to spend more on developing what he calls “high quality data sets,” so that the country can make public policy based on what works rather than ideology.

“Partisan views often masquerade under the banner of being evidence-based, but at the end of the day it’s partisan beliefs that are motivating our decisions,” Grusky said.

One thing these experiments can’t control for is politics. Ron Hikel managed a basic income pilot in Manitoba during the 1970s. The so-called Mincome project was funded by Pierre Trudeau’s liberal federal government, as well as the liberal provincial government. Researchers conducted the experiment, but the 1,800-some boxes of data they gathered sat in a warehouse for decades. Hikel said the conservatives who came to power after the pilot ended weren’t eager to analyze the results.

Scholars dug up that data about nine years ago. Hikel said it suggests a basic income holds promise, depending on how it’s designed. He’d want to experiment further.