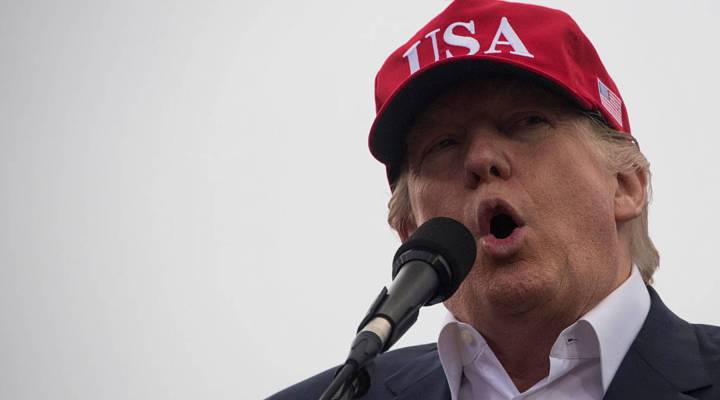 In the 1980s, Japan was the trading partner we loved to hate, kind of like China is today.

When Toyotas and Hondas arrived in U.S. markets, Japan agreed to limits on its auto exports to the U.S, said  Clyde Prestowitz, who helped hammer out tough trade deals with Japan in the early 1980s as a top official in the Commerce Department. Prestowitz also helped negotiate an agreement that opened the Japanese market to U.S. computer chip companies like Intel.

But that doesn’t mean it’ll be easy now, as we deal with China. Prestowitz said there are more limits on the power of U.S. presidents in trade disputes than there were in the ’80s. And products aren’t made in just one country anymore. If the U.S. sanctions China, companies can move production elsewhere.

“Mexico, it might be somewhere else in Asia,” said Ulrike Schaede, a professor of Japanese Business at the University of California, San Diego. “There’s lots of countries with lower cost of manufacturing.”

And back when the U.S. restricted imports of those Hondas and Toyotas, the price went up, but people still bought them. Today, U.S. consumers have gotten used to buying cheap imports from China.

“There’s no law about how individuals will act if a tariff raises prices,” said Sheldon Richman with the Independent Institute, a free market think tank.

So if the U.S. hiked prices on Chinese imports, maybe we’d keep buying them — even if they were a bit more expensive.