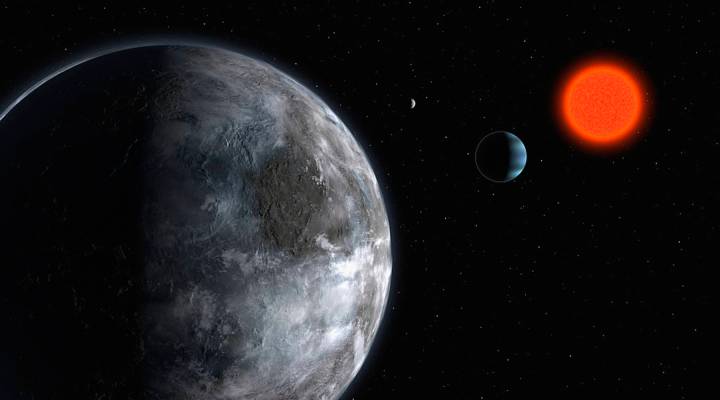 COPY
An artist's impression of the planetary system around the red dwarf Gliese 581.  ESO via Getty Images

An artist's impression of the planetary system around the red dwarf Gliese 581.  ESO via Getty Images
Listen Now

The incoming Trump administration has a series of planned policy changes in the U.S. related to health care and lobbying, among other topics. But what about policies that extend beyond the country — and even the planet?

Marcia Smith, the founder and editor of SpacePolicyOnline.com, joined us to talk about NASA’s future under his administration.

On worries over what NASA researches:

In terms of NASA programs, the biggest concern is that he is going to remove NASA’s responsibilities for doing earth science satellites related to climate change research. There have been some comments by advisers to him that that’s one of their plans and that’s what the community is worried about most right now.

On balancing government with the private sector:

Well, I think that there is widespread support, at least philosophically, in both Republican and Democratic camps for private sector initiatives and for NASA to continue to pursue the public-private partnerships that it’s become known for — in terms of supplying the space station with cargo right now, and eventually for crew. The outstanding question is whether or not anyone in the government is willing to become reliant on the private sector for doing some of these things. For example, there’s a big debate over whether NASA should continue to build its big rocket — the Space Launch System — or to rely on a private company like SpaceX.