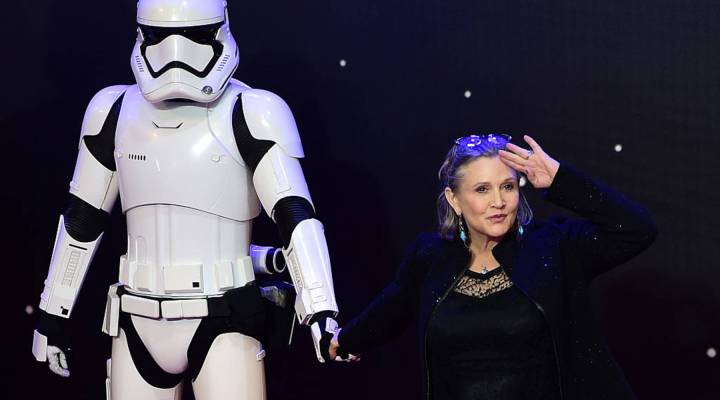 By now you may have heard that actor, author and screenwriter Carrie Fisher died today at age 60.

Like many little girls in the 80s, I loved Princess Leia. She was cool and tough, and didn’t always need a boy to save her.

But now, as an adult woman, its Fisher’s remarkable body of work that I want to salute. She was, of course, an actor, but she also wrote three memoirs and four novels. She mined her own messy life for the painful and hilarious “Postcards From the Edge.”

She was also a highly sought-after script doctor in Hollywood. She’s said to have punched up the screenplays for the likes of “Hook,” “Sister Act,” “The Wedding Singer” and apparently the “Star Wars” prequels.

That’s a hell of a legacy.

And yeah, I’m gonna say it, Carrie Fisher, may the force be with you. Always.