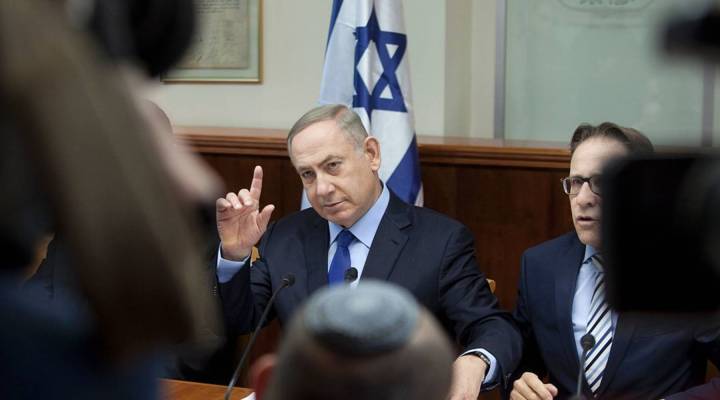 Israel said it’s going ahead with thousands of new housing units in East Jerusalem, in spite of a United Nations resolution condemning those settlements. The measure passed on Friday after the U.S. abstained from voting or vetoing. The whole affair has stoked anger in Israel and prompted threats of retaliation from Prime Minister Benjamin Netanyahu.

The economic picture in Israel is complicated: Settlers may benefit from cheaper home prices, and settlements are also a boon to builders and real estate companies.

“There’s a lot of money to be made there,” said Annie Slemrod, Middle East editor at Irin News, who has reported from Jerusalem on the economics of settlements.

She said if you visit one of the larger settlements, many of the people there have come for the relatively inexpensive housing, and there are lots of advertisements for big Israeli real estate companies. Palestinian laborers often build the new housing.

At the same time, she said Palestinians are limited in terms of work and freedom of movement in ways that Israeli settlers are not.

The movement for international boycotts of and divestment from Israel and from products manufactured in settlements may see renewed energy, which Slemrod said has had an effect in the past.

“SodaStream was a really good example; it was in the West Bank, benefiting from cheaper Palestinian labor,” she said. SodaStream left the West Bank in 2015, but called the international boycott of its products anti-Semitic.

And Ian Bremmer with the Eurasia Group said the political tides have turned somewhat in 2016.

Today, Netanyahu can benefit politically from going forward with settlements despite international opposition, and he’s threatened consequences for countries that voted for the resolution, although those are likely to be diplomatic rather than economic.