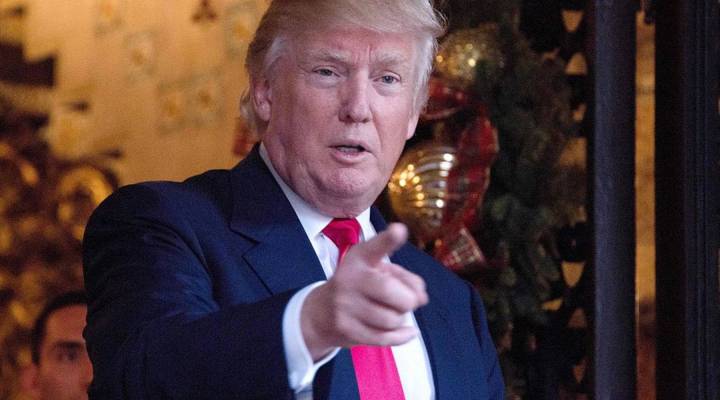 President-elect Donald Trump announced over the weekend that he plans to dissolve his charitable foundation.

In a statement, Trump said he wanted to avoid “even the appearance of any conflict” in his role as president.

The Donald J. Trump Foundation has been widely criticized for how it’s spent donations — and for the potential conflicts of interest it poses once Trump is inaugurated.

Kyle Cheney, a reporter who covers the president-elect for Politico, joined us to talk about the allegations that have hovered over the organization.

On potential issues with the charity:

You know, I think this was about, at least, ending the appearance of the conflicts of interest that have dogged him since he wont the election. So the foundation has been, largely by the Washington Post, sort of portrayed as non-charitable — kind of used for his own pet purposes. And it’s unclear how much charity’s actually done, and whether it even involves his own money. So it’s been a sore point for him.

On involvement from the New York attorney general’s office:

He and the attorney general of New York have not been friends for a long time. But the attorney general picked up on some of this reporting that’s been done by the Washington Post, about whether Trump’s foundation was even being used for charitable purposes, and said you can’t shutter your foundation while I’m still investigating you. So that may complicate his plan to close this thing quickly and quietly.

On the significance of Trump’s response:

It shows he at least knows he needs to do something. …[It’s] an unprecedented situation to have someone with as many business ties and relationships become the president. And I think this is the first time he’s really grappled with that in a serious way.

We’ve created a guide to President-elect Trump’s cabinet picks and their links to the business world. You can find out more here: