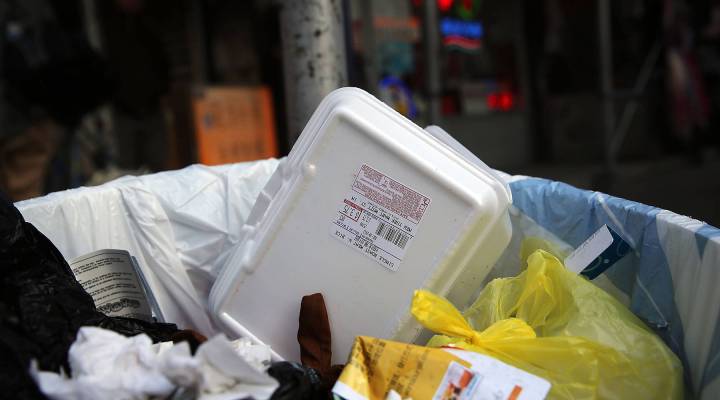 COPY
A take out container in a trash bin in New York City.  Spencer Platt/Getty Images

In the U.S. we throw out about 40 percent of the food produced here, according to the environmental group Natural Resources Defense Council. The tab? $165 billion.

Restaurants and grocery stores produce tons of food waste—especially between Thanksgiving and New Year’s. One idea that’s in development: An app that would  help restaurants sell extra food—that they would have thrown out otherwise—at a big discount. But the app may face some barriers.  Food activists are already having trouble trying to get people to buy “ugly produce”— fruit and vegetables that look a little odd.  For restaurants, a downside to the discounted food sale could be that it gives people an incentive to wait and buy their food on the cheap.  The app’s developer is raising money and hopes to launch “Food for All” in Boston and New York in the New Year.