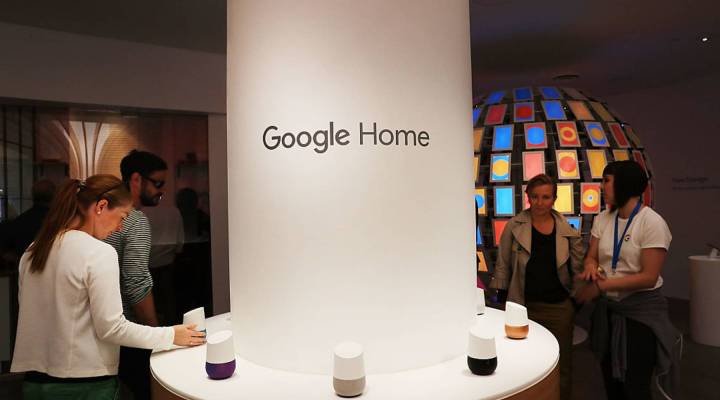 We’ve been existing in the world of touch-screens and apps for about ten years now, but that time may be drawing to a close. Conversation-based systems are increasingly the way we interact with our devices.

Amazon has rolled out, the Echo, a voice-controlled, internet-connected speaker powered by artificial-intelligence software. There is also Echo-like products from Google, Microsoft and Apple.

In fact, the market for conversational user interfaces could soon eclipse the world of apps and touch-screens.

“It will be built in to every device that we use,” said Patrick Moorehead, an analyst with Moor Insights & Strategy. Moorehead noted that tech companies have moved well beyond simple voice recognition, into artificially intelligent agents that can complete tasks on our behalf.

“In five years I would expect at least half of the consumer devices that come out to have some form of digital assistant baked into them,” said Moorhead.

Dennis Mortensen is the of the CEO of X.ai, an AI company that makes a specialized digital assistant, called “Amy,” for scheduling meetings.

He said the next iteration of AI will replicate human behaviors, not convince you that they are human, but rather to make them work better.

“But I do see a point in humanizing the agent to the extent (that) you know it’s a machine, but the machine is doing a job so well, that you want to treat it like a human,” Mortensen said.

He feels the future of AI will likely see hundreds of specialized bots or assistants, which people can choose based on their specific needs. Kind of like the App Store.