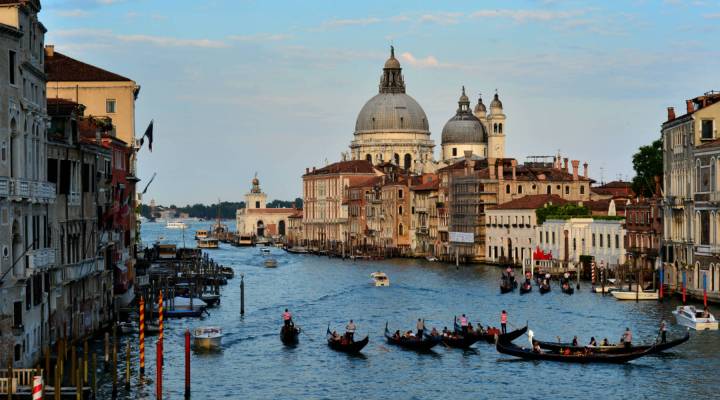 Amid the traffic noise in central Rome, pedestrians bustle obliviously past what appears to be a patch of derelict land, covered with crumbling brickwork and overgrown grass. It takes a trained observer – like Philip Ditchfield, a British archaeologist who lives in this city, to look a little closer.

“What we have here is nearly 2,000 years old. It was a barracks for the gladiators, a training ground. It was a miniature version of the Colosseum,” he said. “This is the most important Roman gladiatorial barracks to survive, and they have been left to decay. Look at the bricks just tumbling off that barrel vaulting. Eventually we’re going to get a very strong rain storm and it’s going to collapse. And then we’ll lose all of this.”

Philip Ditchfield standing next to the remains of “the most important gladiator barracks in the Roman world.”

Italy is littered with architectural gems in various states of disrepair, which the cash-strapped government cannot afford to restore and protect. The Ministry of Culture has turned to the private sector for help, and is offering companies and investors generous tax breaks if they plough money into saving the country’s architectural and artistic heritage. The scheme has just been extended to China.

“I’m sure the Chinese will come through,” said Daniel Berger, an art consultant with the ministry in Rome. “It’s what I call the ‘halo effect.'”

You give something and you feel good about giving it.”

The Chinese also have good economic reasons for giving and generating more goodwill. Italy is one of their top 10 export markets and they own more than 200 Italian companies, including the tiremaker Pirelli and the AC Milan soccer club. But Claudio Parisi Presicce – head of archaeology — for Rome said this isn’t matter of narrow national self interest.

“This cultural heritage is not only the property of Rome, but of all the world. It’s universal. It enriches us all. Chinese help is very welcome and will benefit the world,” he said.

But Italy itself has a big economic stake in the fate of its architectural treasures. Forty-five million tourists flock here every year to see them, accounting for 9 percent of the country’s GDP.