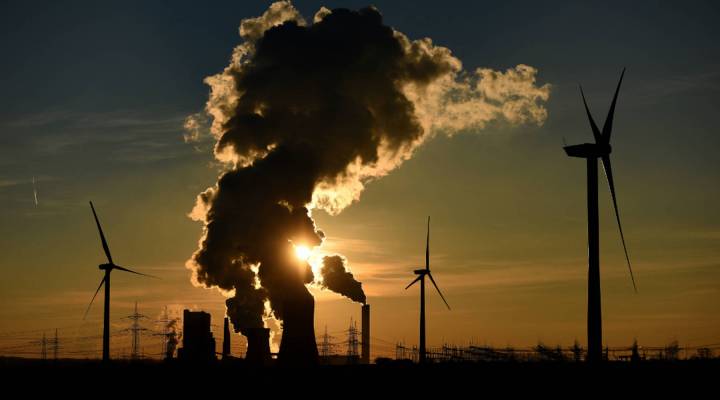 The argument for implementing a carbon tax

The argument for implementing a carbon tax

The White House, Senate and House of Representatives all under one-party control might mean some kind of tax reform is coming.

Chris Farrell, Marketplace senior economics contributor, joined us to share a compromise for lowering corporate taxes that has fans in high places.

On businesses’ relationship with the tax code:

You know businesses build their operations, particularly global businesses, around the tax code. I mean they hire really smart people who figure out, “Well, we’re not gonna pay this statutory 35 percent rate that’s charged here in the U.S. We’re gonna get it down to what, 0 to 10 percent?” These are the numbers that I see with Apple, General Electric, Google. And so this notion of a standard in tax reform is, you’re going to lower the rate. And in order to lower the rate, you get rid of these deductions and credits, right? Well, what if you do that and the tax rate would actually go up for a lot of multi-national corporations?

On the notion that lowering taxes will lower what the government is bringing in:

We all have that suspicion about supply-side economics. I mean yes, you’re gonna get something of a boost, but not enough of a boost to make up the gap. But, David, I have a radical solution. I say let’s impose a carbon tax.

On the possibility that ExxonMobil’s CEO, Trump’s nominee for secretary of state, would push back against such a tax:

This is the twist that is being underestimated. Rex Tillerson, head of ExxonMobil — ExxonMobil in 2009 was the first major oil company to come out in favor of a carbon tax. The reason why ExxonMobil wants a carbon tax is because it’s a global company. And it needs a global, stable regulatory environment. And it also recognizes the way the world is going. The world is going toward embracing sustainability. So I say I think there is a possibility of shifting the terms of the conversation. We can drive down the corporate tax rate, and at the same time, keep government revenue healthy.