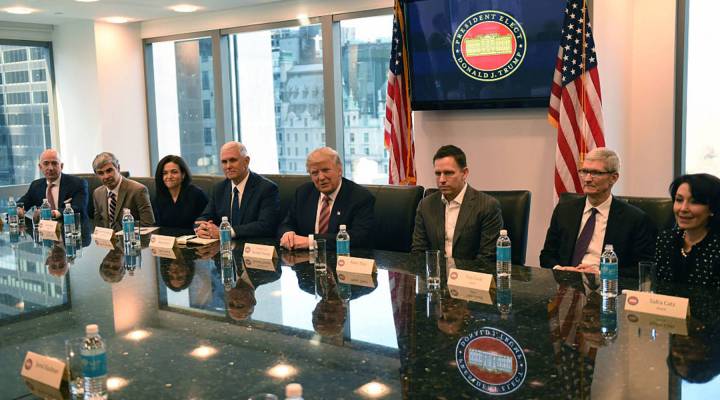 Everybody who’s anybody in tech (almost) made the schlep to Trump Tower at the corner of 56th and 5th in Manhattan today for a meeting with the president-elect.

During the campaign, tech writ large and the incoming administration got off to a not-great start. The last time we talked about a potential tech policy under President-elect Trump, we ended up focusing largely on the lack thereof.

On why tech leaders attended:

Well, you know, tech, as we have talked about on this show has been the one topic that is conspicuously absent from the President-elect’s agenda. He has not spoken much about it. It is obviously a huge driver of the economy and the future of the world… I’m sure some of these tech leaders would argue that. So I think they’re there to find out what the future has in-store for them.

One thing I will point out is that every tech CEO who is attending — near as I can tell — is a CEO of a publicly traded company. You could argue that they have a responsibility to their shareholders to find out what the future holds for their companies.