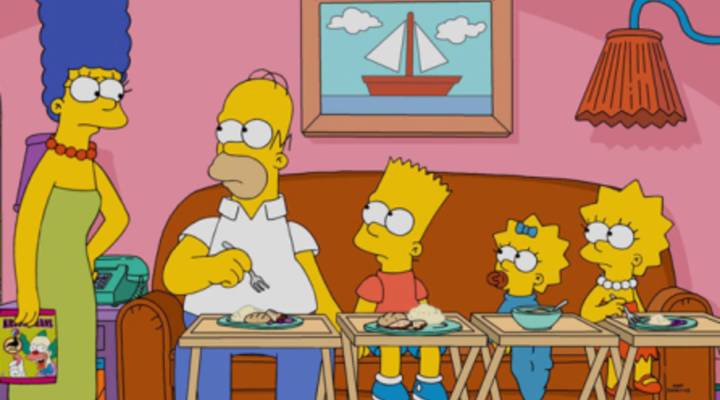 Homer Simpson has all the makings of a stereotypical middle-class American: He lives in a modest suburban home with his wife and three children. He is not a college graduate, and works a factory job. His economic status is confirmed in season seven when the viewers are shown a tight shot of his paycheck. With allowances for inflation and location averages, Homer’s salary places his solidly in the middle class. But Homer has held lots of other jobs besides his normal gig as a nuclear safety inspector — 191 to be exact. And taking a closer look at them shows how much of a middle-class icon Homer Simpson truly is.

Zachary Crockett is a writer at Vox who recently analyzed Homer’s economic standing in his article, “What Homer Simpson’s 100+ jobs tell us about America’s middle class.”

In season seven there’s this great scene where it zooms in on his paycheck and his two week pay is $479.60. That works out to about $11.99 an hour, and adjusted for inflation that’s a $37,416 a year salary. Homer has been a CEO, he’s been a drive-thru employee, he’s had jobs that have paid the equivalent of $1 million in our real income,and he’s had jobs that have paid $15,000. But despite all these successes here and there, over the years if you look at his median income and average it out, he has essentially stagnated. Over the last 25 years his income hasn’t increased over time. And if you graph out the American middle class in a similar way, you can see that they’ve stagnated. Their real income has stagnated since the 1970’s, and economists have called this “the middle class squeeze.” So Homer Simpson and the American middle class have this strange thing in common that society has continued to progress but they’ve economically stagnated themselves.