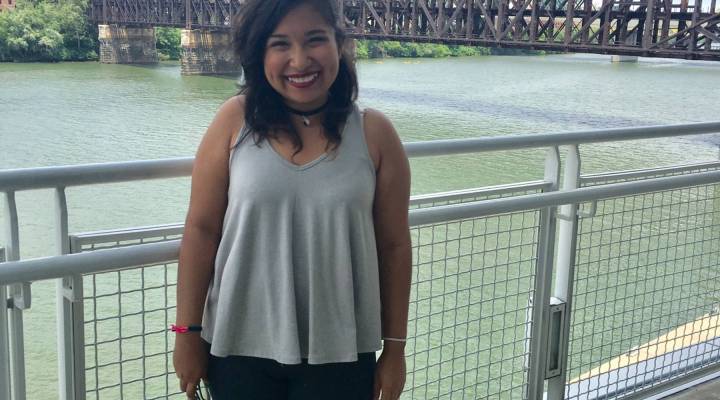 There are plus or minus 700,000 people in the U.S. brought here illegally as children who now contribute to the economy legally as a result of Deferred Action for Childhood Arrivals — DACA for short.

The Obama-era executive order establishing that program was sharply criticized by candidate Donald Trump. Those criticisms are being soft-peddled by President-elect Donald Trump, but DACA participants — or DREAMers, as they’re known — are caught in-between.

Kathia Garcia told her story for an installment of our series “My Economy.”

With DACA, I was able to think a little bit more about my future without hitting a wall. Because I felt like, okay, now I have the opportunity to achieve certain things that, without money, I wouldn’t have been able to. I was able to find a part-time job tutoring at a high school and I wasn’t able to do that before. I graduated with a Bachelor’s in Sociology. I feel like I’ve accomplished a lot and I have been able to help my parents.

Now it’s harder to picture my future with the new election results. I feel like I won’t be able to support my family anymore. We just have to stay strong and this is the time to voice how we feel.