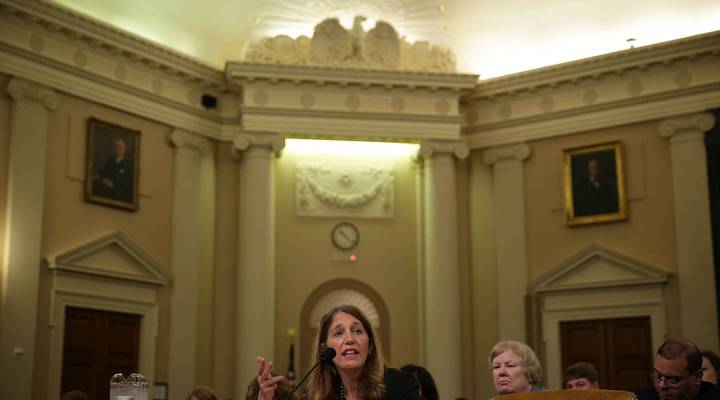 Republicans have promised to repeal and replace the Affordable Care Act, basically since the day it was passed. The GOP will have the opportunity to do it on January 20th, with President-elect Donald Trump in the White House, Republicans in control of Congress and Representative Tom Price of Georgia replacing Sylvia Mathews Burwell as the Secretary of Health and Human Services. The Affordable Care Act has been a key part of Secretary Burwell’s job over the past two and a half years that she has been in office.

She talked with us about her work with the ACA, the incoming administration’s changes to the act, and the possible economic impact Trump’s presidency might have on the economy.

On the Affordable Care Act:

You know, one of the things that I think has happened is now the reality of what everyone has been talking about has set in. And we’re moving from slogans to the actual reality of what healthcare in the United States and what the Affordable Care Act actually means to people. And that’s what I was talking about in West Virginia because the slogans are over and what was happening before is that there were repeal votes, but those repeal votes didn’t really have meaning for the American people. And so now, I think we all need to shift our attention to the substance of what this means in real people’s lives.

On “Repeal and Delay” tactics:

What I’m afraid that repeal and delayed implementation and delayed replacement means is actually repeal and collapse. And what that means is, insurance companies make their decisions on rates and whether or not they’re going to be in a state in the first half of the year. And with levels of uncertainty that would come from that type of a legislation, they will pull out. And then what we will see is the unraveling, the increase in rates, and the decrease in competition and therefore, millions will lose their access.

On the economy’s reaction to President-elect Trump’s proposed policy changes:

I think what we are seeing is that the market is an early market, and we are now in the third year. You know, you mentioned that there were stories about how in North Carolina, there were losses. Well, this year, after North Carolina issuers did some changes, last year, they’re actually making money in the marketplace this year. We look all around the country, in the state of California, in the state of New York, in the state of Florida where there are 1.5 million people signed up through the marketplace. There are places where it is harder. In the state of Arizona, we have seen that. But for the vast majority of the country, the marketplace is working and so, the question again is making this conversation attached to the facts. And, you know, it’s open enrollment right now and we’re up over two million folks who have signed up for the marketplace this year, and that’s a little bit ahead of even where we were last year. 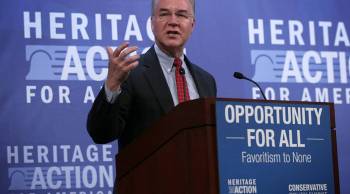 A likely Trump administration proposal: health insurance subsidies for everyone