Politics Inside Out Challenge: Describe your politics in five words or less

Politics Inside Out Challenge: Describe your politics in five words or less

Politics Inside Out is a new podcast from Marketplace that looks at the economy and politics — from waaaaaay outside the beltway — to find out what matters most to Americans. We’re leaving behind the stale divisions of “left vs. right” and “liberal vs. conservative” to explore a new frame: Insiders vs. outsiders.

While we’re at it, we’re also working on a new political vocabulary to describe the state of things in 2016. Our first listener assignment: Come up with a new term or phrase to describe your politics. Are you an indie-crat, neo-progressive, or something else? Send a note to insideout@marketplace.org and we’ll add your response to the list we’ve collected so far, and what a list it is…

Some of you defy the two party system:

Some of you are a bit more traditional:

Some of you define yourself on principle:

Some of you want more moderation:

Some of you want more evidenced-based politics:

Some of you are dissatisfied:

And some you are just, well:

Wanna hear more? Kai and Andrea talk to two listeners who are trying to break free from left vs. right and do something radical — listen. 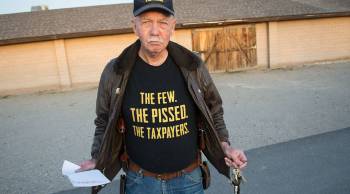 Liberal, conservative or something else