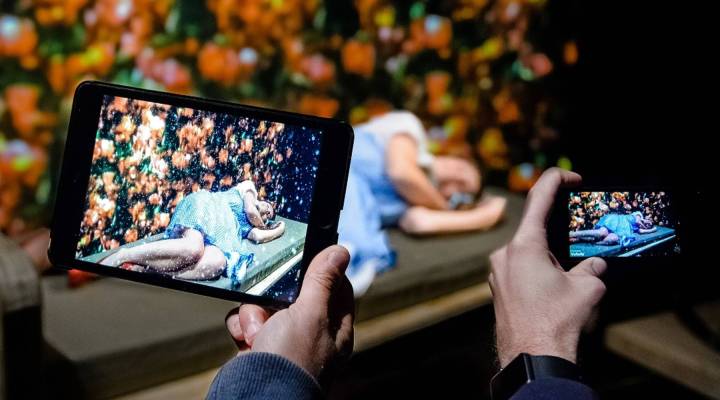 Normally when an audience sits down to watch a live performance, they are politely told to turn off their phones. This is not the case for a play running at 3-Legged Dog in New York City, called “Elements of Oz.” This adaptation of “The Wizard of Oz” requires its audience members to not only keep their phones on, but to use them.

The audience downloads a free app that allows them to use augmented reality to see the flying monkeys jump across their screens, the tornado hitting Kansas, and flowers growing in Munchkinland.

And when it’s time to hear “Somewhere Over the Rainbow,” the actor on stage begins to lip sync, and the audience’s phones come to life, projecting several YouTube renditions of the tune.

“Your device, in a sense, is a kind of Oz, said Marianne Weems, the artistic director of the Builder’s Association, the company behind the production.  “Where if you’re standing in line at the supermarket, you immediately want to go through this door into this other world, and sort of be transported to another place.” 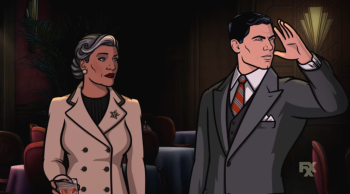