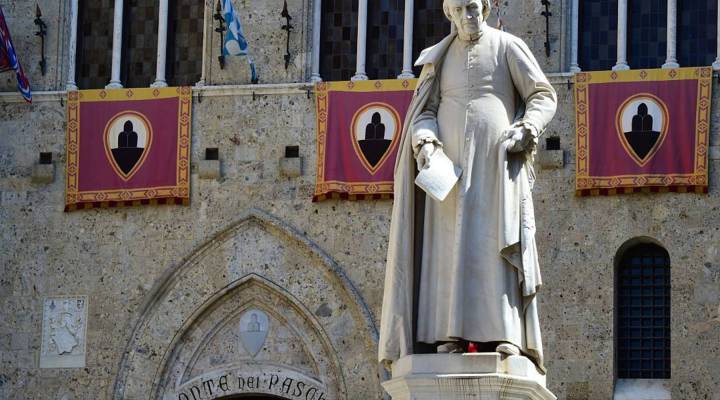 Italy is demanding that the European Union give it more time to rescue the country’s third-largest bank, Monte dei Paschi di Siena. The rescue was thrown into last-minute confusion after a national referendum on constitutional reform went against the government and triggered the resignation of Prime Minister Matteo Renzi.

Founded in the 15th century, Monte dei Paschi is the world’s oldest bank, but not the most venerable. It is Italy’s most dangerously indebted lender and could pose a systemic risk if it goes under.

“It has a huge amount of bad debt.  It could topple and if it fails, then other banks in Italy and throughout the rest of Europe could follow suit,” warned Kathleen Brooks of City Index, a financial trading firm.

The bank has scrambled to raise fresh capital since failing a European stress test earlier this year and it was on the brink of clinching a multi-billion-dollar deal with Qatar, when the NO vote in the Italian referendum precipitated the prime minister’s departure and plunged the country into political turmoil. Francesco Guerrera of the Brussels-based newspaper Politico-Europe was not surprised that potential investors would now be frightened away from Monte dei Paschi.

“Investors don’t like to write checks into a period of political uncertainty,” Guerrera said.

The government could step in and use public money to save the bank. That would, however, would be politically risky. Under EU rules – designed to protect taxpayers from footing the entire bill for numerous bailouts – bank bond holders are required to take a hit when their bank runs into trouble. In Monte’s case, thousands of Italian small investors would be deeply aggrieved, said Chatham House analyst Paola Subacchi.

“Many of them feel – and they’re probably right – that they were sold wrong securities and these are their life savings. So obviously, politically, giving the small investor a ‘haircut’ would not be a palatable solution,” Subacchi said.

The bank has appealed to the EU to relax the rules or allow  it more time to raise capital. Irene Caratelli of the American University in Rome is confident Brussels will cut Italy some slack because, she said, the EU wouldn’t dare let the Eurozone’s third-largest economy swing in the wind, as it did with Greece.

“That could not happen with Italy.  This cannot happen to a country that is so relevant and so powerful. If a country like this sinks, the European Union would explode.” Caratelli insisted.

Could not happen?  A very bold forecast after everything that has happened this year.