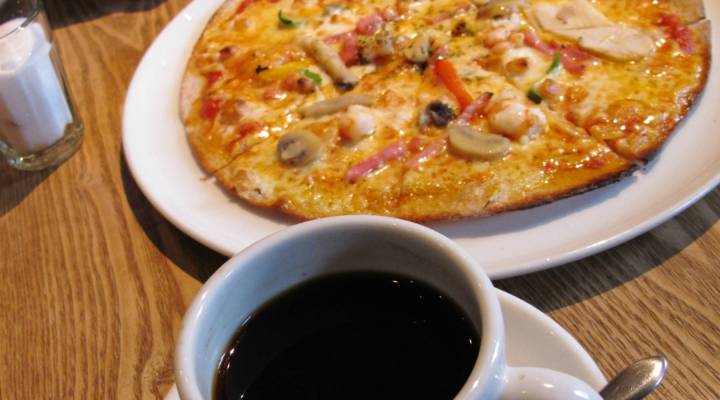 You can’t compare coffee to pizza, according to Starbucks CEO Howard Schultz.

In a recent Marketplace interview, he discussed his company’s forthcoming line of higher-end cafes, comparing them to options offered by a luxury car brand. When we suggested that coffee is more like pizza — which ranges from pricey artisanal pies to cheap and greasy slices — Schultz disagreed:

I mean, I wouldn’t use pizza because I think it’s too much of a commodity, but I understand the analogy. I think, it’s not just the coffee, it’s the experience. As an example, they’re spending about 40 minutes, the average customer, inside the roaster because the experience is a cathedral of coffee. It is the Willy Wonka of coffee. You will not believe it when it opens on the corner of 9th and 15th in New York.

So we asked you: do you think pizza is a commodity?

Some of you strongly disagreed with Schultz:

@Marketplace “Pizza is a commodity”, but coffee is not? Seriously?

@Marketplace @Starbucks Pizza as a commodity? You know what’s more of a commodity? COFFEE! Pizza is a much better comparison than cars.

@NPR @Marketplace Pizza a commodity? Hardly! Pizza, like coffee, can be a religious experience and pizza parlor’s can be “Cathedrals” too!

@Marketplace, if #pizza is a commodity, then I’m Little Caesar.

A couple of you said coffee is more of commodity because of its ubiquity:

@Marketplace coffee is more of a commodity than pizza. I can make a great cup of joe at home

No bigger commodity in my day-to-day than #coffee. @Marketplace, I can resist bad pizza, but give in to all (bad or $12) coffee. @Starbucks

Outgoing CEO @Starbucks Schultz thinks “pizza is a commodity?!?” His product is the addictive one! @Marketplace

…and some of you had evidence to back up your opinion:

@Marketplace @Starbucks PIZZA IS NOT A COMMODITY, but coffee is #NPR #pizza #coffee #thegreatdebacle pic.twitter.com/9O2goTt2vS

And at least one of you agreed with Schultz’s comparison:

@210Deek I found that odd this morning on @Marketplace as well. I must agree that the car example resonated more than pizza IMO. 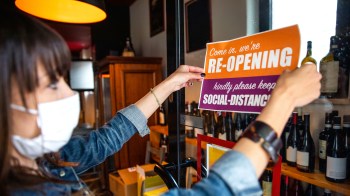