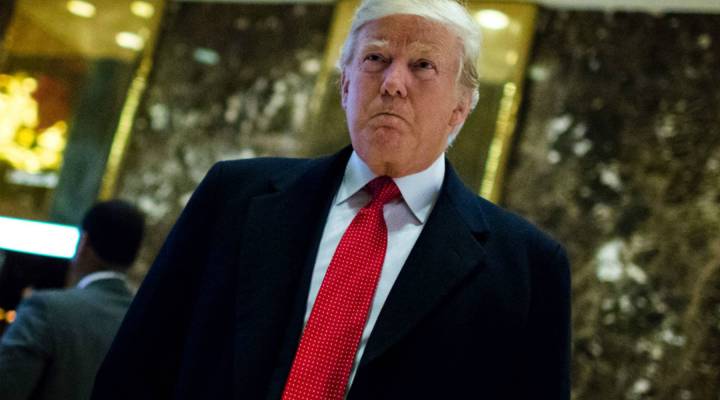 Donald Trump promised big changes in America’s trade policy, and as president-elect he’s busy tweeting about it. Over the weekend, he warned that companies that move production out of the United States could face a 35 percent fine on things they sell here. But now some Republican leaders are suggesting they might not be on board with this approach. It represents a distinct split within the Republican party. Representative Kevin McCarthy, a Republican from California, reacted to Trump’s tweet by telling reporters he “didn’t want to get into some kind of trade war.”