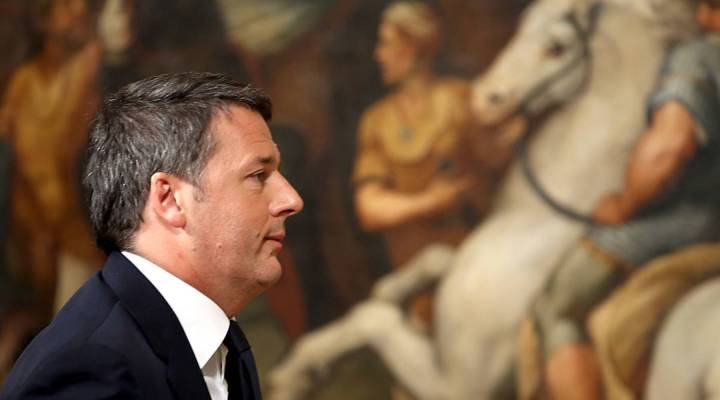 COPY
Italian Prime Minister Matteo Renzi leaves Palazzo Chigi after giving a speech about the results of the referendum on constitutional reforms on December 5, 2016 in Rome, Italy.    Franco Origlia/Getty Images

The Italian Prime Minister Matteo Renzi resigned today after losing a referendum on government control of the country’s economy yesterday. About 60 percent of Italians voted against a plan for constitutional reform favored by Renzi. The results of the vote has put Europe’s third-largest economy into a period of major political and financial uncertainty.

Marketplace’s Stephen Beard joined us to talk about the results of the vote.

On the effects of the referendum vote:

This referendum result coupled with the vote for Brexit, and in fact Donald Trump’s victory, too, are invigorating anti-establishment opposition parties like the Five Star movement; but also in France, in the Netherlands, and in Germany which all have general elections next year, so further electoral upsets are expected. This is reviving doubts about the survival of the euro, and the European Union itself.