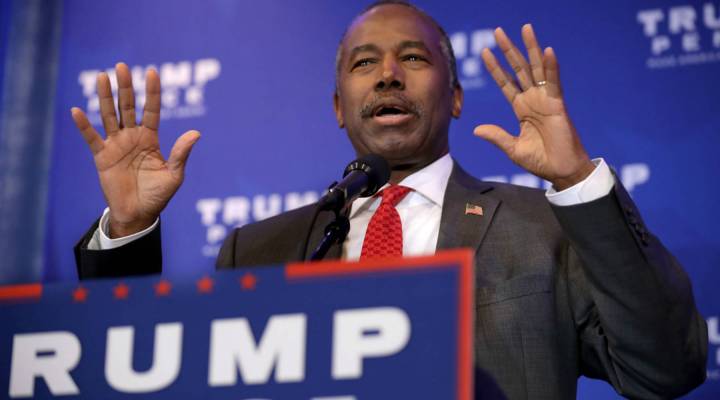 President-elect Donald Trump has chosen former rival Ben Carson as secretary of the Department of Housing and Urban Development.

The former neurosurgeon faced off against Trump during the Republican primary, endorsing him a week after he ended his presidential bid back in March. At the time, Trump said that Carson would play a “big, big part” in his campaign, reported CNN.

The department, which has a $47 billion budget, administers programs that provide rental assistance to millions of low-income families and help homeowners with foreclosures, among other goals.

Carson joined us last year to talk about his opinions on the government and the economy, sharing his thoughts on the country’s income gap.

When asked how he thinks the economy feels like to average citizens who are trying to pay their car and house bills, he said he thinks it feels “very, very frightening.”

…they see this income gap widening, and they’re feeling that they’re being left behind. And I think we need to readjust our policies and aim them, once again at the middle class. Recognizing that that’s how this nation quickly reached the pinnacle in the beginning. We emphasized education. And we had people who, quite frankly, were very wealthy.

He said national debt is hurting the poor and middle class.

Get that GDP ratio below 90 — that GDP-to-debt ratio. Many economists will tell you that as soon as it gets beyond 90, you get great sluggishness. Bear in mind that from 1850 to 2000, our economy grew at an average of 3.3 percent. From 2001 into 2014, it grew at an average of 1.8 percent. That’s a big difference. Extend that out over 20 years, at 1.8 percent, you’re talking a $26 trillion economy. At 3.3, you’re talking about a $35 trillion economy. That’s a huge difference, particularly when you’re talking about unfunded liabilities. Those are the kinds of things that are killing the poor and the middle class. It’s those silly, asinine policies. It’s not because of rich people.

Overall, he wants to limit the role of government. He said with millions of employees and hundreds of government agencies, there’s “an enormous amount of inefficiency and overlap to be gotten rid of.”

What I would do is first of all, allow the government to shrink by attrition. Don’t replace the people who are retiring, thousands of them each year. And No. 2: Take every departmental head, or sub-department head and tell them, “I want a 3 to 4 percent reduction.” Now anybody who tells me there’s not 3 to 4 percent fat in virtually everything that we do is fibbing to themselves.

You can listen to the full interview below:

Correction: A previous version of this story misstated the Housing Department’s budget. 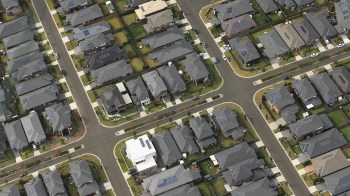 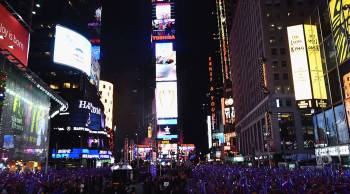