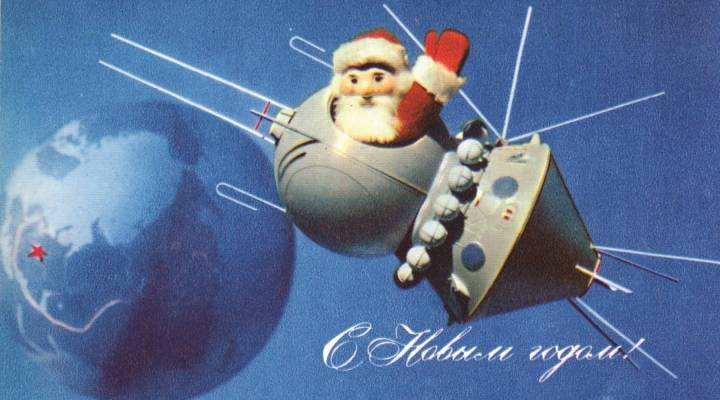 COPY
A New Year's card issued in the USSR between the 1960s and 1970s. Courtesy Sarah Archer
Brought to You By

A New Year's card issued in the USSR between the 1960s and 1970s. Courtesy Sarah Archer
Listen Now

The way Americans thought about house and home completely transformed between 1945-1973. The post-war period in America ushered in a big spike in spending on domestic goods, like appliances and decor. Home ownership rates increased, too. In 1940, 43.6 percent of Americans owned their home. By 1960, 61.9 percent did. This made the “nesting” aspect of Christmas, including exterior and interior decoration, a new category for holiday shopping.

Design historian Sarah Archer explores Christmastime during the war, as well as post-war, in her new book “Midcentury Christmas.” She brings us the next installment of our “Brought to You By” series.

The focus on home and hearth was not new during the postwar era; nineteenth century gave rise to what historians call the ‘cult of domesticity,’ as industrialization increasingly split men’s and women’s roles between the outside world of business and commerce and the interior world of family, housework, and nurturance. But Americans did have a good new reason to fixate on the domestic front. With Great Britain ravaged by the war even in victory, the two new superpowers that emerged in 1945—the United States and the Soviet Union—were both large, formidable and ideologically opposed to one another on the basis of their respective economic systems. Newfound prosperity coupled with worry about possible conflict with the Soviets meant that middle-class homeowners doubled down on domesticity.

You can explore more postcards and images from “Midcentury Christmas” on Marketplace’s Instagram, @marketplaceapm. 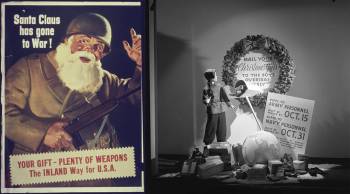 Christmas time during WWII, Americans were encouraged to ‘Make do and Mend’ 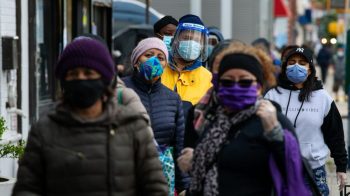