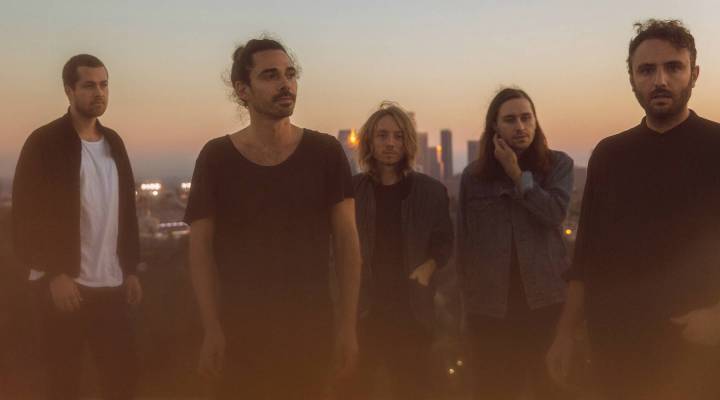 No matter who you are, you’ve probably had a rough day at the office that changed your perspective, or maybe you made an impulse purchase you really, really wish you could take back. This week, musicians Taylor Rice and Kelcey Ayer from the band Local Natives take our money and work-inspired personality questionnaire based on those experiences.

T: What is something everyone should own no matter the cost?

T: I knew you were going to say dog. I don’t even know why you thought for that long, like pretended to think for that long.

K: I just got my dog, as you know, a year and a half ago. I think I was talking to our bus driver about it…

K: To Joe. Yeah. Because he has a dog at home and he was like it doesn’t matter who you are or what you’ve done in your life, you come home and that dog loves you so much.

T: No matter who you’ve betrayed or wronged.

K: No matter all the horrible things you’ve done in your life. That dog is going to love you. I think there’s an emotional benefit to having that kind of companionship, that kind of unconditional love from an animal. I definitely see the value in having a dog.

K: What is the hardest part about your job that nobody knows?

T: The hardest part about being a musician is the travel, but more specifically the health aspect of traveling. People might actual know that or think it can be tough to live out of a suitcase and be city to city. But what’s really hard is that your schedule gets ultra turned around. So you finish a show, you go on at 9, go off at 11, then your endorphins are super high and spike so it takes a really long time to wind down. You’re going to have to eat a meal super late, so an ultra-early bedtime is 2 a.m., you end up slipping to 3 or maybe 4 a.m., and the sleep that your getting is not great so I think the biggest struggle about it is staying really healthy, eating really well, getting regular sleep, just simply that can be pretty tough.

K: I find that you can’t really sleep until the bus gets to the next city and has stopped. So you end up getting your best sleep from like 9 a.m. to noon.

T: Well that’s horrible. I’ve been sleeping pretty well on this tour so I don’t even know how you’re alive.

T: What is something that you’ve bought that you now completely regret buying?

K: I would say when I was a freshman in college I spent $150 on a Ninja blending system and I had like no money and I never used it.

T: But now you can just eat smoothies, cheaply.

K: Yeah maybe if I even knew where it was. I bought it, never used it and then I can’t even tell you were it is at this moment, so…

T: That should carry over. When [we were] on our last tour we tried to buy a huge juicer. I was pushing the juicer, but then nobody was really in charge of packing up and cleaning it up. So we lost vital pieces to it three times and we bought it three times over.

K: What advice do you wish someone had given you when you started your career?

T: The advice I wish I had received is to not hold on so tightly to every idea you have along the way. I think that could be creatively or in business decisions and relationships as well. It’s taken me a while, and us as a band a while, to learn that when you try to tap into a flow of what’s working really well and move quickly, that tends to make us feel a lot more productive and also just work from a really happy place. I think that’s something that took quite a while to learn. To try [to] be more nimble and move quickly.

K: Because I think ideas kind of show their worth overtime. If something is really worth it, they end up kind of rearing their heads later. So you don’t have to freak out as much trying to make something work. 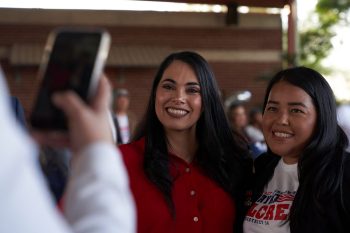