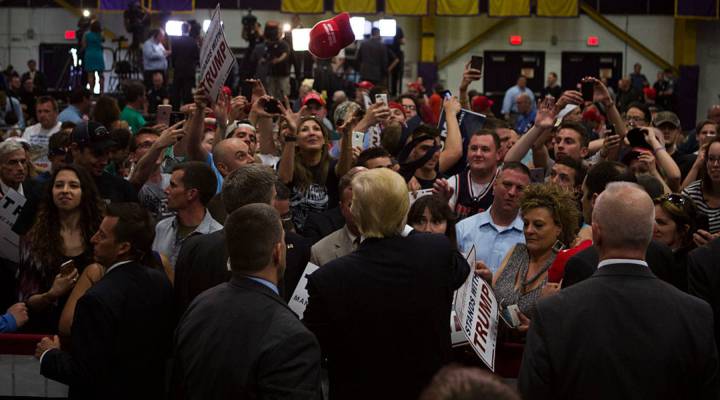 In case you really needed it — here’s one more indication the Trump administration will be like no other.

We’ve talked about Mr. Trump’s tweets this morning about leaving his business operations.

Shortly thereafter, mid-afternoon or so, the following tweet showed up on the Office of Government Ethics‘ account. That’s the agency responsible for preventing conflicts of interest in the executive branch:

.@realDonaldTrump Brilliant! Divestiture is good for you, very good for America!

It’s important to note here that nowhere did Mr. Trump mention divesting himself from his company. Right after that, came this one:

.@realDonaldTrump Bravo! Only way to resolve these conflicts of interest is to divest . Good call!

There were 7 or 8 such semi-congratulatory, semi-facetious messages in their tweetstorm.

It’s tempting to think the account got hacked, but an agency spokesman sent a statement to NPR News confirming that the tweets were, in fact, 100 percent real.