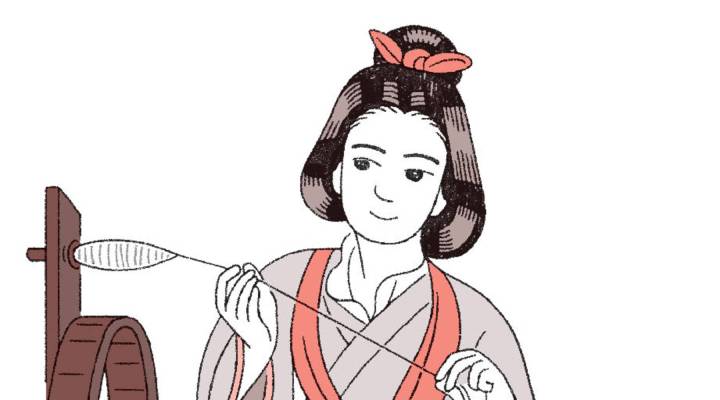 COPY
An illustration from the book "Wonder Women."
Shelf Life

An illustration from the book "Wonder Women."
Listen Now

In her book, “Wonder Women: 25 Innovators, Inventors, and Trailblazers Who Changed History,” Sam Maggs detailed the lives of women who were pioneers in their field. As part of an occasional series, we’re highlighting some of the figures featured in her book and their work. Today, a look at Huang Daopo, a women who helped transform China’s cotton industry.

Huang Daopo was born into a small village outside of Shanghai called Songjiang in about 1240 or 1245. Huang was sold at a very early age to another family as a child bride. She was mistreated and so she ran away to Hainan island, just off the mainland of China.

While she was there, she learned a whole new style of weaving. At the age of 50, she returned to Songjiang, bringing with her this new weaving style and a new type of cotton seed that was easier to grow. The seeds and innovations she brought back with her helped Songjiang become the cotton manufacturing capital of the world. Europe wouldn’t see similar technologies until the 1700s.