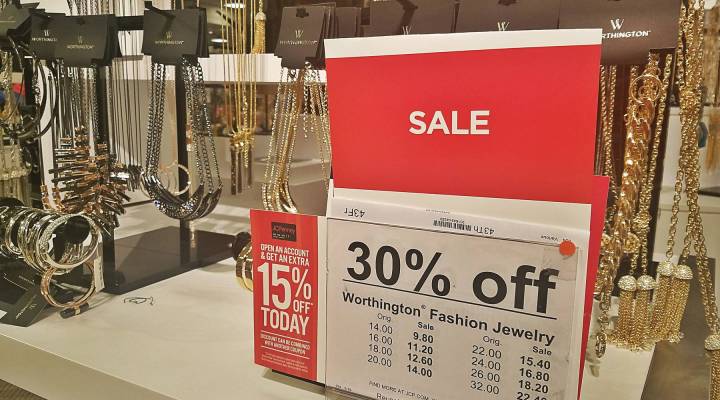 Marvin Ellison became CEO of JCPenney in July of 2015. His job was to turn the company around after the disastrous tenure of CEO Ron Johnson which lasted from November 2011 to January 2013.

Today, it would seem Ellison’s strategy is working. He says the company will be profitable by the end of the year using a mix of data and retail instinct to better understand their customers.

Marvin Ellison on how the company is different under his leadership than Ron Johnson’s:

You have to know who you are and what you stand for as a business. That sounds so very simple but I think there was a lot of confusion around what is JCPenney as a brand and what consumer are we trying to serve? And so I think there’s a lot more clarity today than two-plus years ago.

On what they learned from the last Black Friday:

We believed that it was important to have a more simple message. So you’re going to see us talk a lot about gifts under $20. Gifts under $15, so simplify the message to the consumer. We also learned that we probably needed to have more giftable items, items a customer could more easily pick up and turn into a gift for a family member or a loved one. And we decided that we wanted to get into a category that was bigger ticket so we rolled out appliance showrooms to over $500 stores.

On why they started selling appliances:

In America, 100,000 appliances break every day. Everyday. Think about it. Every home has a dishwasher, refrigerator, washer, dryer, microwave, oven, range. And so the data shows that the appliance category, because of innovation, new home building and home turnover is going to grow over the next three years. And when we ran the data customers were coming to jcpenney.com, searching for appliances and we didn’t have it.

Listen to the full interview on the Corner Office podcast on iTunes.