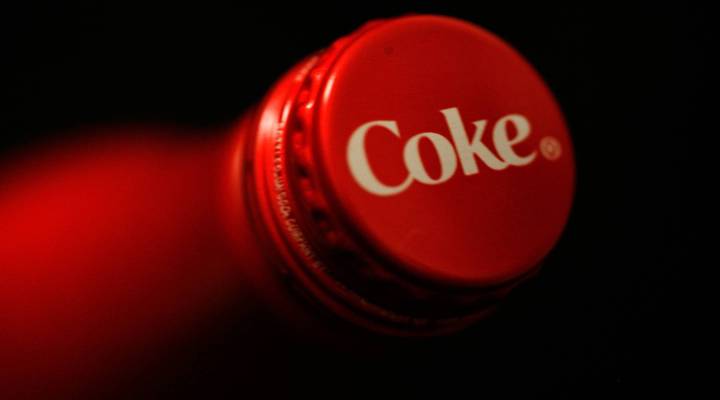 Product placement has become so commonplace in television and movies that audiences can barely recognize it anymore. Coca Cola buying Columbia Pictures in 1982 marks the genesis of product placement as we know it today. Although the Big Soda company sold Columbia Pictures seven years later, they made a lasting impact on the industry. Soon, movies started to build stories around products, like the “Transformers” franchise or “Harold and Kumar Go To White Castle”. The concept of product placement has become so native to the entertainment industry, that producers and screenwriters often make fun of the practice in movies and television shows.

Kevin Lincoln wrote a piece in Vulture titled “You Can Blame Soda Brands for the Rise in Product Placement in Entertainment.” He talked with us about the rise of this phenomenon and whether it works on audiences.

On Coke and Pepsi’s battle for product placement:

So, when you have Coke purchasing this studio, all of a sudden it’s like doubling down on their, sort of, enormous influence. And Pepsi basically thinks, like, “Well, it’s either now or never of trying to compete.” And, I think through knowing the producers from Back the the Future I, they managed to get a pretty prominent Pepsi placement in Back to the Future I. And so the idea then that came to them that in Back to the Future II, they could go a step farther and create an entirely new Pepsi product for the movie: Pepsi Perfect. But, the interesting thing about that is Pepsi Perfect isn’t just product placement. It’s a step up, where the product becomes a part of the narrative.

On whether it actually works:

It does actually work, which is the most interesting thing about it. You look at that hayday of product placement in the 1980s, kinda my favorite example are the Tom Cruise Ray Ban partnership. Because, you look at Tom Gun and you look at Risky Business, Wayfarers and Aviators become part of the image of cool  that is projected by Cruise in Risky Business and in Top Gun. And it boosted Ray Ban’s sales considerably, and I believe it actually, more or less, saved Wayfarers as a brand. But yeah, it works when it’s done in a way that is both subtle, but unmistakable.