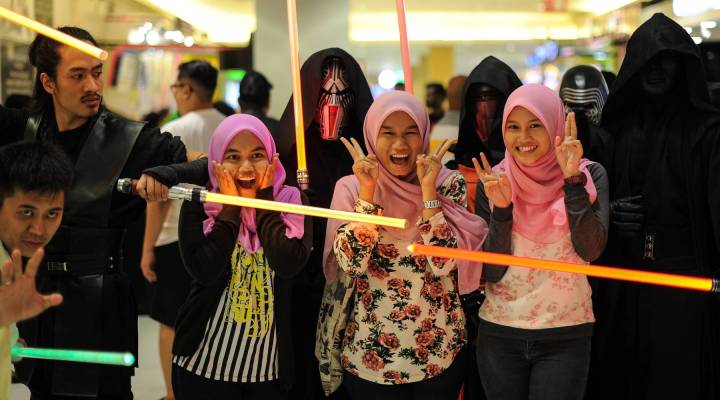 “Rogue One,” the latest film in the “Star Wars” franchise, comes out in a few weeks with Felicity Jones in the lead role. It’s the second consecutive film in the franchise with a female lead character.

The series has always had female fans, but until very recently they’ve felt ignored by Lucasfilm. Taking matters into their own hands, many fans started online communities that brought minor female characters to prominence.

Amanda Hess wrote about that community for the New York Times, and she came on to talk about her story, “How Female Fans Made ‘Star Wars’ Their Own.”

So, the typical, you know, test that you would use is the Bechdel Test, which is — it’s a woman in a film speaking with another woman about something other than a man. And it’s a pretty baseline test of whether a movie shows the real lives of women not in relationship to men’s lives.  And the “Star Wars” films have suffered on that front. And so what we’ve seen in the fandom though, is a lot of women who come together and very much pass the Bechdel Test among themselves. There are a bunch of podcasts where women come together, talk about “Star Wars,” talk about the women they love in “Star Wars,” talk about their relationships with other female fans and with their daughters and their mothers. So they’ve really created for themselves online something that the films have not yet really given them.

On whether Disney and Lucasfilm is listening to the fan base:

Um… it’s a great question. I think they are. So, I do think that Lucasfilm thought by emphasizing the character of Rey in “The Force Awakens” that they were really reaching out to young female fans and many of them have come back and said “Great, we love Rey. We want to see other types of women. We want to see non-white women.” They want to see women who are not in this particular brunette, badass mold that every female lead in Star Wars tends to be.