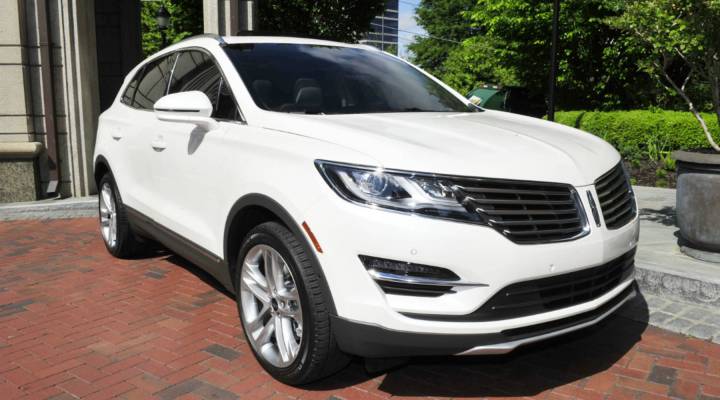 COPY
A view of the Lincoln MKC.  Moses Robinson/Getty Images for Lincoln

A view of the Lincoln MKC.  Moses Robinson/Getty Images for Lincoln
Listen Now

President-elect Donald Trump took to Twitter Thursday to claim credit for halting the kind of outsourcing of jobs he decried during his campaign.

“Just got a call from my friend Bill Ford, Chairman of Ford, who advised me that he will be keeping the Lincoln plant in Kentucky – no Mexico,” he tweeted.

Trump went on to say he “worked hard with Bill Ford to keep the Lincoln plant in Kentucky.”

But Ford only changed its plans with respect to production of the slow-selling Lincoln MKC crossover SUV, not the plant itself. It had announced intentions to move the vehicle’s assembly elsewhere. But it was still going to keep assembly of the Ford escape at that Louisville factory. The plant was not slated for closure.

And while the company is shifting some production to Mexico, where labor costs are lower, Ford has said it has no plans to shutter U.S. plants. Instead, domestic production of vehicles with higher profit margins continues.

“Right now there’s no question that high-profit, high-margin products like SUVs and pickups are very well situated within in the U.S.,” said Mike Jackson, head of North American light-vehicle forecasting at IHS Markit.

That nuance didn’t prevent Trump from criticizing companies like Ford during his presidential campaign.